Maulana Yusuf Azhar alias Ustad Ghouri, who was leading the Jaish terror camp in Balakot, is wanted in India for hijacking, murder and kidnapping. 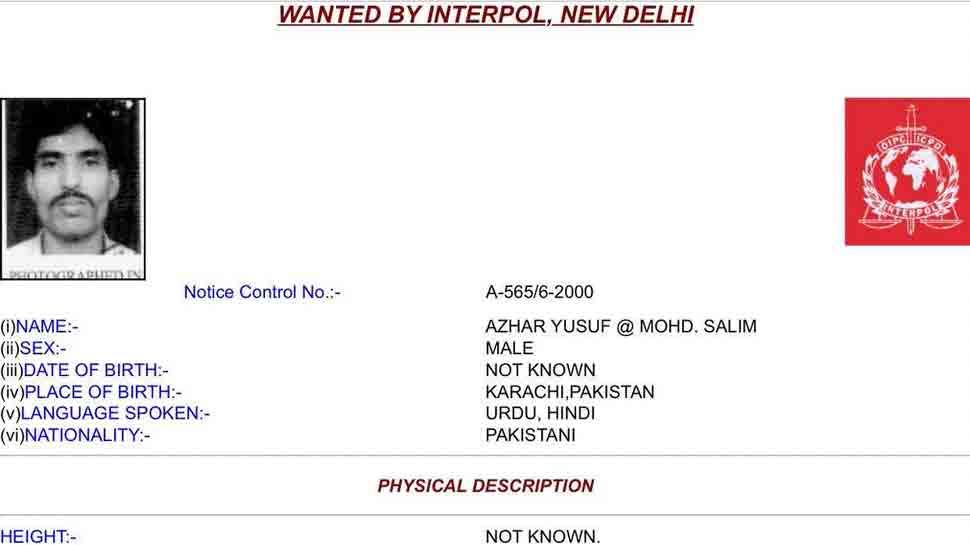 New Delhi: In less than two weeks after the Pulwama terror attack in which at least 40 CRPF troopers lost their lives, India on early Tuesday struck the Jaish-e-Mohammed's (JeM) biggest training camp at Balakote in Pakistani-administered Kashmir, killing a very large number of terrorists and their trainers.

"In an intelligence-led operation in the early hours of today, India struck the biggest training camp of JeM in Balakote," Foreign Secretary Vijay K. Gokhale told the media. "In this operation, a very large number of JeM terrorists, trainers, senior commanders and groups of Jihadis who were being trained for fidayeen action were eliminated.

"A very large number of JeM terrorists, trainers, senior commanders and groups of jihadis who were being trained for fidayeen action were eliminated," said a statement.

The statement, however, did not say if Yousuf Azhar was among those killed.

JeM's Yusuf Azhar alias Mohammad Salim alias Ustaad Gohri who was targeted today by IAF #airstrike in Balakot across LOC was on the Interpol list and among the most wanted in India. pic.twitter.com/1eTj8FhFMJ

Yusuf was the main target of IAF strike at Balakot, located in Khyber Pakhtunkhwa province of Pakistan. He is believed to have led the hijacking of Indian Airline flight IC-814 in 1999 which was routed to Kandahar in Afghanistan where Masood Azhar was freed along with two other JeM members in exchange of the passengers aboard the Kathmandu to New Delhi bound flight.

In 2002, the Indian government had submitted a list of 20 fugitives to Pakistan which had featured Yusuf's name, a report in The Hindu said. Whereas, in the same year, the Interpol on the basis of a request by the CBI had released a red corner notice against him.

The Interpol notice mentions his place of birth as Karachi, Pakistan, and says that he is wanted in India for "hijacking, murder and kidnapping."