During the visit, the Mauritius Prime Minister will also call on President Ram Nath Kovind. 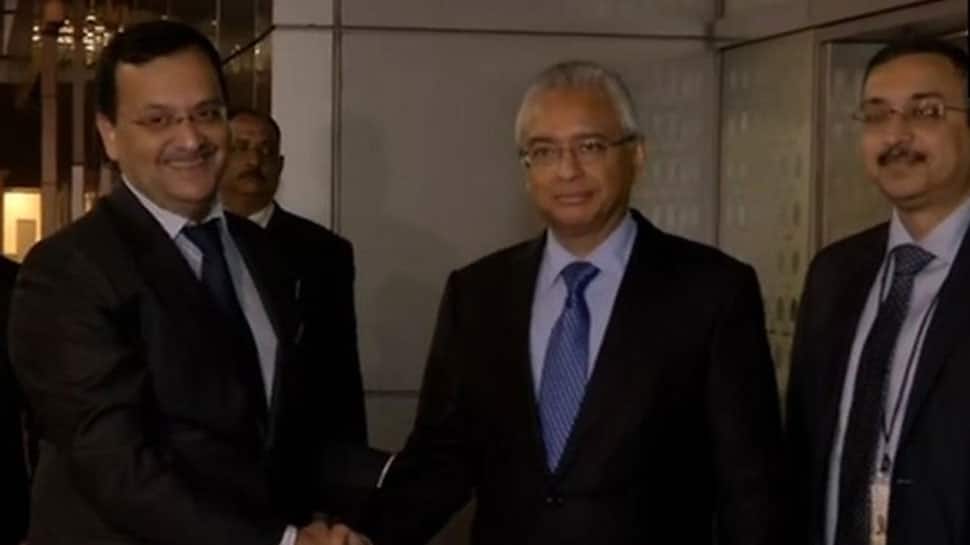 New Delhi: Mauritius Prime Minister Pravind Kumar Jugnauth, who is on an eight-day visit to India, has arrived in the national capital on Sunday. After spending a day in the capital, he is scheduled to leave for Varanasi on Monday.

Delhi: Prime Minister of Mauritius Pravind Kumar Jugnauth arrives in India. He will be in the country from 20-28 January, 2019. pic.twitter.com/HXSrzOzH3n

During his more than a week-long visit, Jugnauth will hold talks with the top Indian leadership and attend the Pravasi Bharatiya Divas in Varanasi.

He will attend the inaugural session of the Pravasi Bharatiya Divas on Tuesday, along with Prime Minister Narendra Modi. The two leaders will also meet on the sidelines of the event that day.

During the visit, the Mauritius Prime Minister will also call on President Ram Nath Kovind.

Jugnauth will also visit Prayagraj for the Kumbh Mela and then Maharashtra before heading home on January 28.