Lashing out at the Enforcement Directorate (ED) for summoning the teenage daughter of jailed separatist Shabir Ahmad Shah in a money laundering case, PDP president Mehbooba Mufti Thursday on Thursday said that the ED's decision is nothing but "shameful". 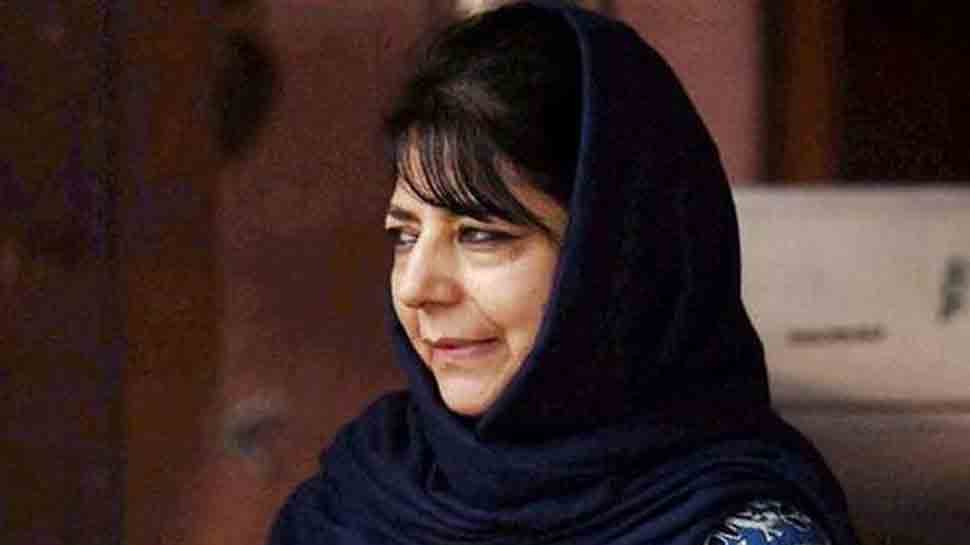 SRINAGAR: Lashing out at the Enforcement Directorate (ED) for summoning the teenage daughter of jailed separatist Shabir Ahmad Shah in a money laundering case, PDP president Mehbooba Mufti Thursday on Thursday said that the ED's decision is nothing but "shameful".

In an indirect attack on the BJP, the PDP chief that the party was victimising the people of Jammu and Kashmir in order win votes across the country. "They arrested Mohammad Yasin Malik, then they called Mirwaiz to Delhi (for questioning) and now Shabir Shah's daughter has been summoned. It is regrettable and shameful for the country," Mehbooba told media

The former chief minister is contesting the Lok Sabha poll from Anantnag parliamentary constituency, where polling is scheduled to take place in three stages.

The ED has summoned Sama Shabir, the 19-year-old daughter of Shah for questioning in a 14-year-old money laundering case against the separatist leader. Sama is currently studying at Manchester in the UK.  Mehbooba said that Sama must have been barely five-years-old when this case was registered.

Hurriyat Conference leader Syed Ali Shah Geelani also condemned the ED summons and said that Shabir Ahmad Shah and Altaf Ahmad Shah have remained bars for most of their life and the government can ask any question from them. He added that it is completely undemocratic and immoral to issue notices to their children.

The EC had issued summons to Sama at her home in Srinagar. The first date for her to appear before the agency was on April 18 and the second on Wednesday, PTI reported. It may be recalled that Shabir Shah was arrested on July 25, 2017 in connection with a money laundering case.

A case was registered by the ED in 2007 based on the investigation by the Special Cell of Delhi Police in the August 2005 case, when an alleged hawala dealer named Mohammad Aslam Wani was arrested by the police. During questioning, Wani had admitted that he passed on Rs 2.25 crore to Shah.

INKredible India: The story of 1998 Lok Sabha election - All you need to know