The first batch of 3 tanks landed at the Begumpet Air force Station on Saturday (May 22), and the remaining 8 tanks will be reaching here in few days. 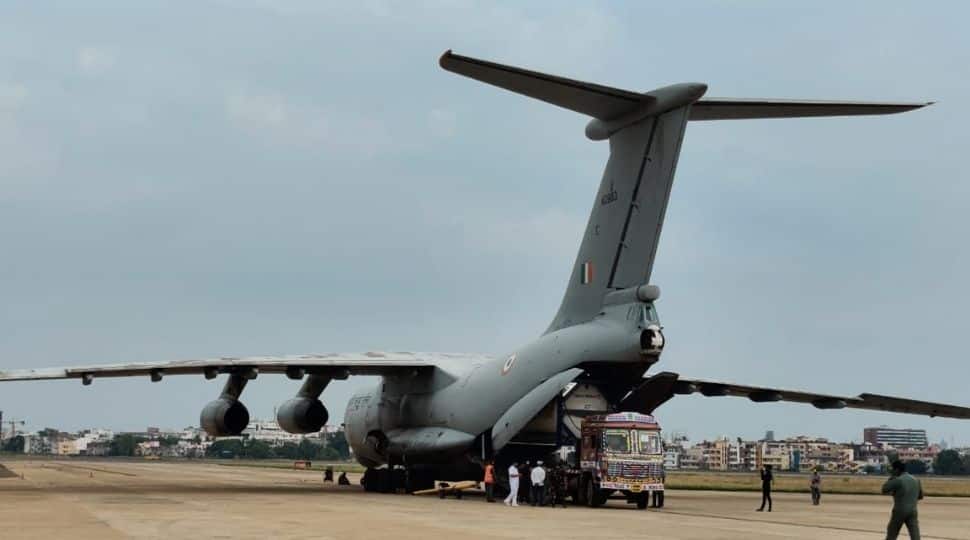 Hyderabad: Amid the acute shortage of medical oxygen in hospitals across the country in the fight against Covid, the Megha Engineering & Infrastructures Limited (MEIL) is importing 11 cryogenic tanks from Bangkok (Thailand). These tanks that will help to increase the supply of Liquid Medical Oxygen (LMO) to hospitals were provided by MEIL to Telangana State free of cost.

The first batch of 3 tanks landed at the Begumpet Air force Station here on Saturday, and the remaining 8 tanks will be reaching here in few days.

In addition to the top management of MEIL, Telangana Finance Minister T. Harish Rao, a team of senior officers belonging to the advisory committee formed under the Telangana government’s Chief Secretary Somesh Kumar have been supervising the whole operation. 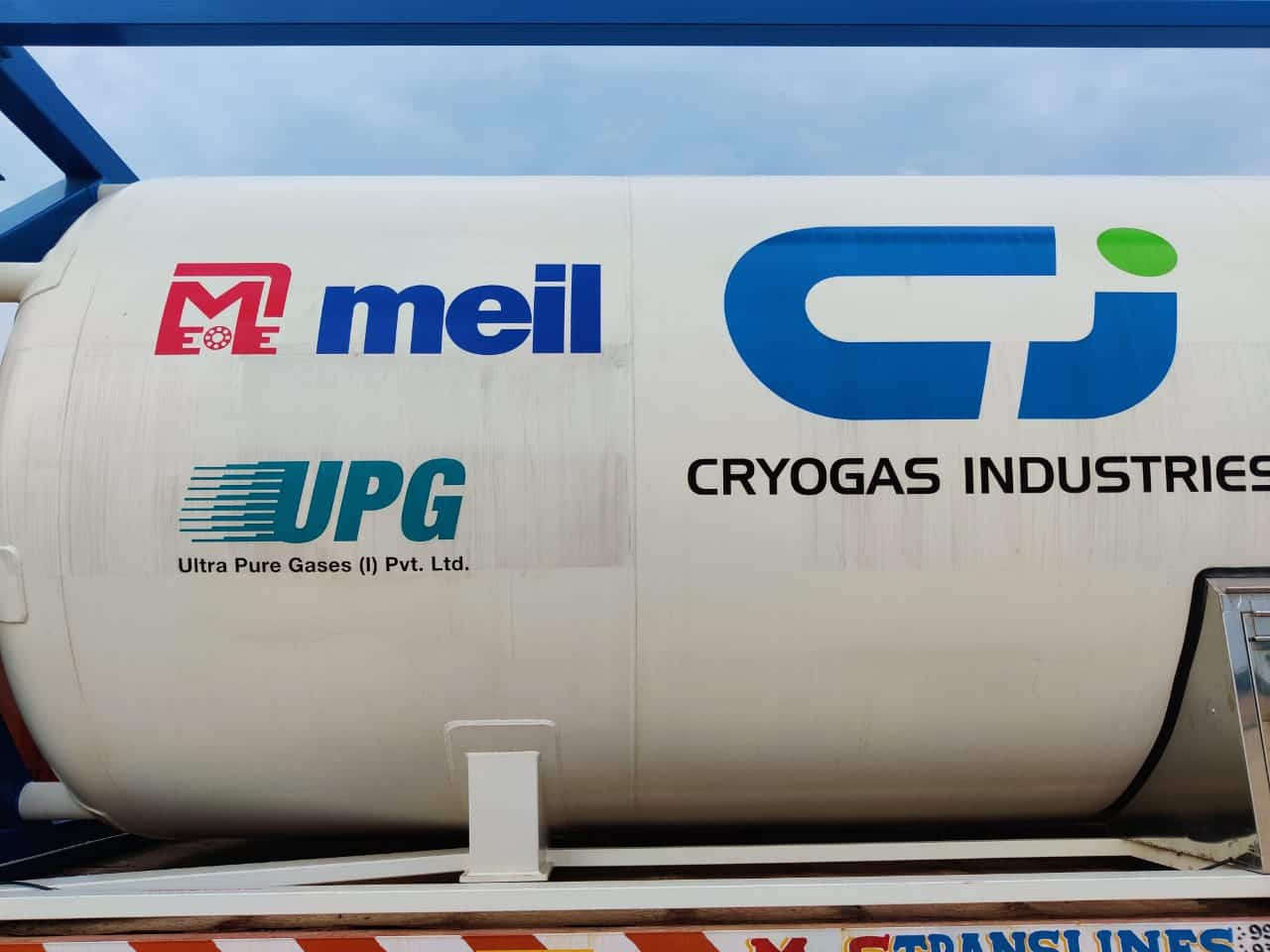 The Union Defence and External Affairs Ministry which has been supervising the whole operation has granted permission for the smooth transport of these Tankers from Bangkok. A Defence special flight that took off from Chandigarh has picked up the tanks from Bangkok before reaching Hyderabad.

MEIL which on the forefront of bridging the gap between the supply and demand for medical oxygen in the fight against the pandemic by supplying free oxygen to hospitals, has now imported these cryogenic tanks for the state government for present and future use. 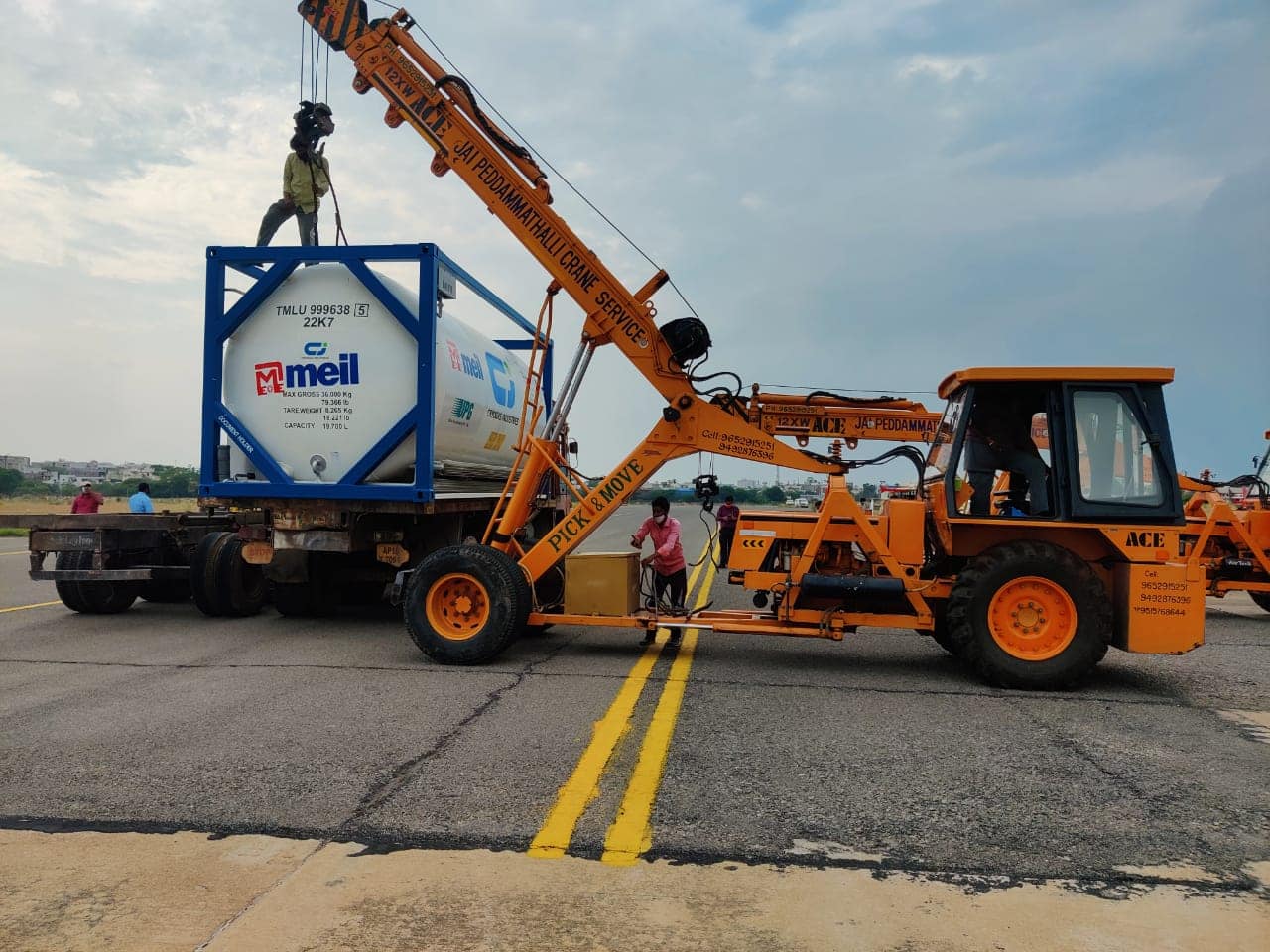 "Transporting liquid oxygen for medical purposes from the manufacturing plants to the hospitals is riddled with bottlenecks. Now, these 11 cryogenic tanks will help the state government to cater to the needs of the hospitals that are in dire need of oxygen," P. Rajesh Reddy, Vice-President MEIL said.

While the Cryogenic tanks will cut short the time by facilitating the bulk movement of medical oxygen to health care units, the MEIL’s initiative to import has also truncated the time of manufacture of cryogenic tanks which would have taken three months to fabricate one tanker.

The MEIL management which has kept all its other operations on hold and concentrating on augmenting oxygen supply to both the Telugu States has taken up the procurement of cryogenic tanks as a priority.
MEIL supplied 3 crore litres of Oxygen. So far, to augment the availability of medical oxygen MEIL is producing oxygen from its manufacturing unit in Bollarum round the clock and supplying it to hospitals in the sibling states of Telangana and AP and also in Odisha.

Empty Cylinders each with a capacity of 7,000 litres of liquid oxygen were filled and supplied free of cost to at least 10 hospitals every day.  On average 400 cylinders are being supplied from MEIL’s Bollarum facility. From May 9, 2021, to May 21, 2021, MEIL has supplied 29,694 Metric Tons of LMO which translates to 3 crore litres of oxygen.

Cryogenic liquids like oxygen and nitrogen are stored in the tank with temperature up to (-196°C) with an option for low and high pressure. The cryogenic air separation achieves high purity oxygen of more than 99.5%. The resulting high purity product can be stored as a liquid and/or filled into cylinders. These cylinders can even be distributed to customers in the medical sector.