A man, said to be mentally unstable, on Thursday allegedly jumped into a lion's enclosure at National Zoological Park in Delhi and was later rescued by the security personnel who immediately rushed to provide help as soon as they got to know about the incident. 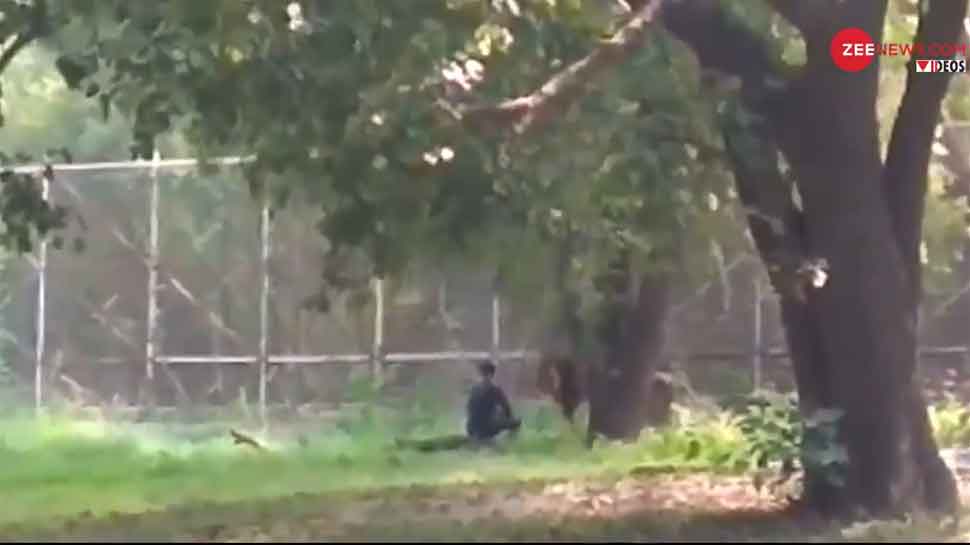 NEW DELHI: A man, said to be mentally unstable, on Thursday allegedly jumped into a lion's enclosure at National Zoological Park in Delhi and was later rescued by the security personnel who immediately rushed to provide help as soon as they got to know about the incident.

The entire incident was caught on camera, in the video of which it can be seen that the man after jumping into the enclosure and casually strolled towards the lion. Then, the man sat in front of the lion and even lay on his back as the king of the jungle looked at him. Quick to action, the security official, named Riyaaz Khan, swiftly saved the man before the lion could cause him any harm.

The PRO officer informed that the incident took place at around 12:30 pm when the man informed the security guard stationed at the enclosure that he has come there to end his life and jumped into the enclosure through barricade number 17. Immediately responding, the QRT team entered the enclosure and tried to distract the lion to ensure it does not attack the man. After the rescue team tranquilized the lion, it had to forcibly remove the man from the barricade as he was unwilling to cooperate.

The man has been identified as 28-year-old Rehaan Khan who is believed to be mentally unsound and hails from Bihar's Champaran. Rehan decided to end his life because of his unemployment and spect around 15 minutes in the enclosure, Zee Media sources said. He has been taken by the police for further investigation.

In September, a man had allegedly tried to commit suicide by jumping into the enclosure of an Indian lion in the same zoo. However, he was rescued in the knick of time.

In September 2014, a young man was mauled to death by a white tiger when it fell into its enclosure due to the barricade being low, resulting in his fall.