Milind Deora resigns as Mumbai Congress chief, may get a national role in party

Milind Deora took the decision to quit from his post after meeting outgoing Rahul Gandhi in Delhi on June 26. 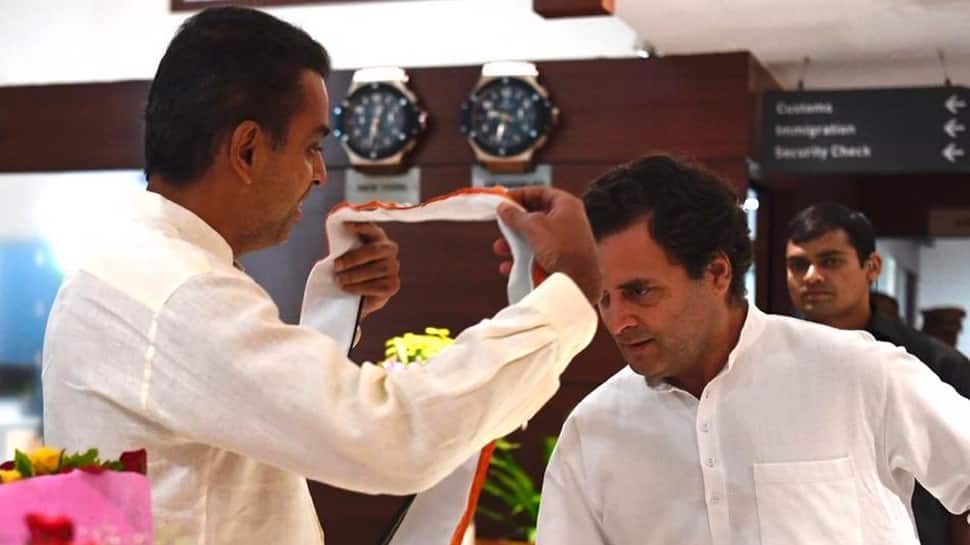 MUMBAI: Milind Deora on Sunday resigned as the president of the Mumbai Congress months before the crucial Maharashtra Assembly elections.

He is likely to get a national role in Congress. He took the decision to quit from his post after meeting outgoing AICC President Rahul Gandhi in New Delhi on June 26. It is an expression of solidarity with Rahul, taking collective responsibility for the debacle of the party in the Lok Sabha election.

Deora has recommended a panel of collective leadership of three senior leaders to oversee the Mumbai unit of the party. His decision has been conveyed to senior party leaders Mallikarjun Kharge and KC Venugopal along with General Secretaries of the party and the All India Congress Committee.

His resignation comes at a time when party leaders from several states are offering their resignation in solidarity with Rahul, who took responsibility for the party's recent defeat and quit as the party chief.

Deora had taken charge of Mumbai Congress a month before the Lok Sabha election. He unsuccessfully ran for the Lok Sabha polls from South Mumbai constituency.

Earlier in the day, Congress leader Jyotiraditya Scindia resigned as party general secretary. "Accepting the people’s verdict and taking accountability, I had submitted my resignation as General Secretary of AICC to Shri @RahulGandhi. I thank him for entrusting me with this responsibility and for giving me the opportunity to serve our party," he tweeted.

Madhya Pradesh Chief Minister Kamal Nath has already resigned as Madhya Pradesh Congress Chief while other senior leaders, including Deepak Babaria and Vivek Tankha have also stepped down from their posts taking moral responsibility for the party's lacklustre performance in Lok Sabha election.