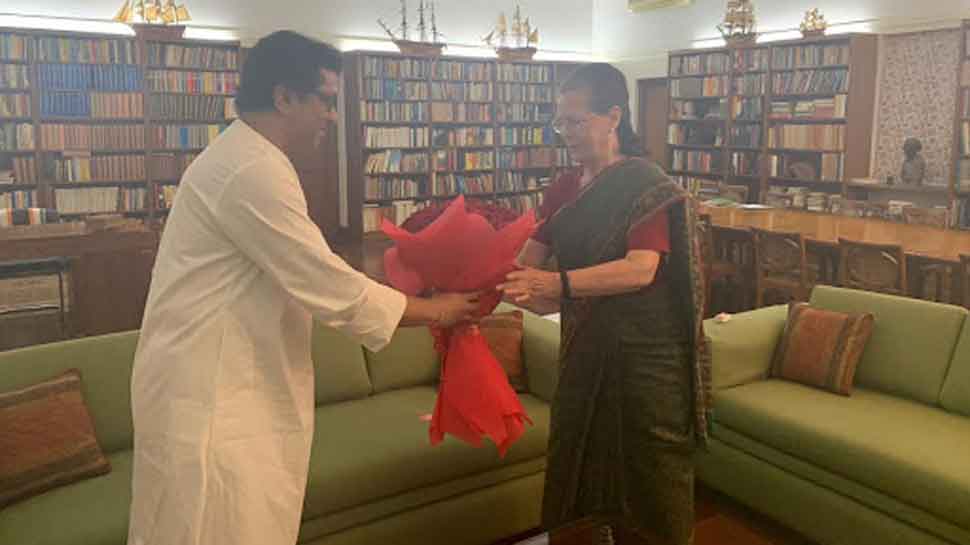 Sonia and Thackrey reportedly discussed political developments including the issue of EVMs over which opposition parties have demanded going back to paper ballots in elections. During the recent Lok Sabha elections, the MNS was willing to be part of the Congress-NCP alliance in Maharashtra but Congress was reportedly averse to such a proposal.

Earlier in the day, Thackeray held a meeting with Chief Election Commissioner Sunil Arora and demanded that Maharashtra Assembly elections should be conducted through paper ballots instead of EVMs.

The Assembly elections are scheduled to be held later this year. In his visit to the national capital, the first in more than a decade, Thackeray said he has submitted a letter to the Election Commission, demanding it to switch back to the traditional paper ballot.

He termed the meeting "mere formality". He said that he strongly feels that the EVMs can be tampered with. In this Lok Sabha elections, Thackray had run an aggressive campaign against Prime Minister Narendra Modi government, despite the fact that his party did not contest the polls.