Khan said, "Every religion teaches us that if you get angry, or if you hate someone, or if you jealous of someone, then your reason gets suspended." 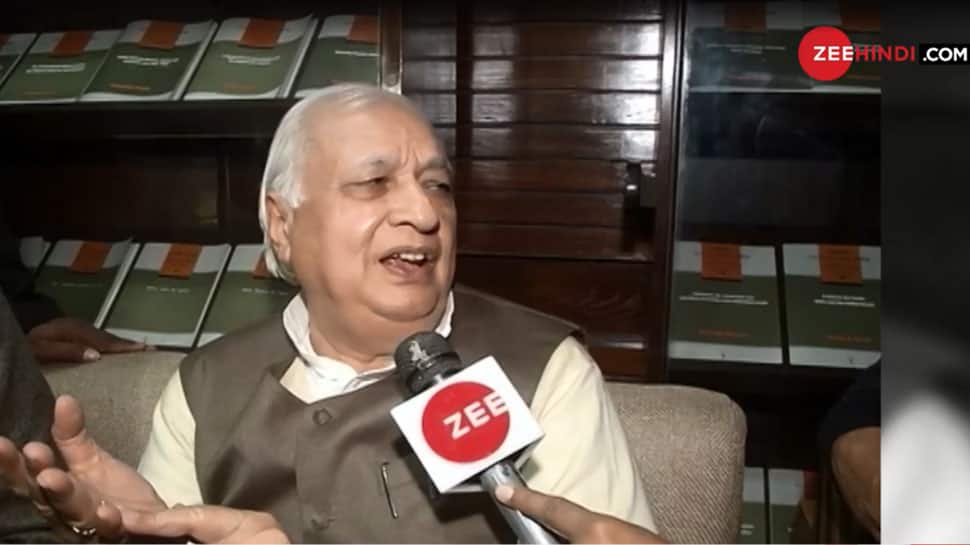 New Delhi: Amid ongoing protests against Citizenship Amendment Act, Kerala Governor Arif Mohammad Khan has come out in support of the Narendra Modi government's decision to implement the new law, saying the Centre has fulfilled the promises made by Mahatma Gandhi and the Congress party.

Talking to Zee Media, Arif Mohammad Khan said, "We have given shape to what we used to say during the national movement. These are the ideals on which we formed our Constitution." The Kerala Governor said, "When Pakistan got its new Constitution, it bypassed Jinnah's August 11 speech, and included the objective resolution, and declared itself a Muslim state."

"Under this Muslim state, non-Muslims were made second or third-grade citizens, and their persecution ensued," he added.

According to Khan, "Every religion teaches us that if you get angry, or if you hate someone, or if you jealous of someone, then your reason gets suspended."

"With this citizenship law, the Modi government has fulfilled the promises made by Mahatma Gandhi, Pandit Jawaharlal Nehru, and the Congress party, and this promise was made to oppressed people in Pakistan," he said, adding that the foundation of this law was laid down in the years 1985 and 2003 and this government has simply given it a shape."

Arif Mohammad Khan said, "If Pakistan was created as a Muslim nation, would they persecute Muslims there too? Rather, we believe that Muslims came to India from Pakistan and Bangladesh, but not because they were persecuted but in search of economic opportunities."

He said, "when the Shahbano case came to light in 1986, a section of Muslims was very angry. At that time also, they were threatening those Muslim MPs who disagreed with them. I did not know how difficult situations I had faced."

Notably, Arif Mohammad Khan had then resigned from the Rajiv government in protest against the Centre's decision to subvert the Supreme Court decision that was in favour of Shah Bano.

Recently, PM Modi cited Arif Mohammad Khan's statement in Parliament and stated that one of the Congress leaders had then said that if Muslims want to stay in the gutter, let them be, we are not social reformers.