The T-shirts were first sold in Varanasi which is the abode of Lord Shiva and also the constituency of Prime Minister Narendra Modi. 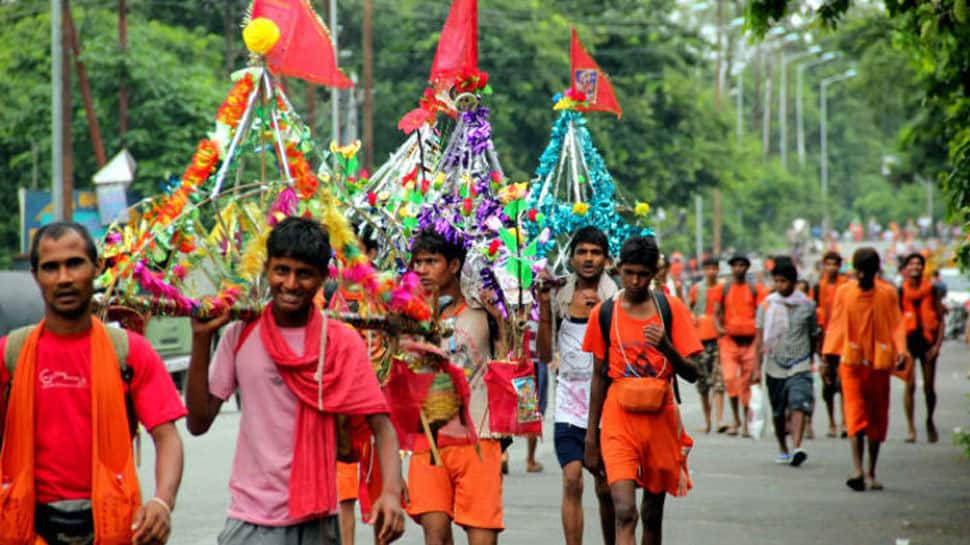 The kanwarias this year are seen wearing colourful T-shirts with images of Prime Minister Narendra and Chief Minister Yogi Adityanath imprinted on them.

The T-shirts were first sold in Varanasi which is the abode of Lord Shiva and also the constituency of Prime Minister Narendra Modi.

"There has been huge demand and now we are sending these T-shirts to all districts in the state. Earlier, the kanwarias would wear plain saffron kurtas but this time, they want Modi and Yogi T-shirts," said Vijay Agarwal, a shopkeeper in Varanasi.

Even those who are not participating in the Kanwar yatra, are buying these T shirts.

"This is the first time that politicians have overtaken film stars and cricketers in terms of popularity. Seeing the demand, we are coming up with more merchandise with Modi-Yogi brand," said Agarwal.

The Kanwar Yatra began on July 17 and will continue till August 15. In this yatra, the kanwarias carry water from the Ganga River and offer it at various Shiv temples during the Hindu month of 'Sawan'. .