Battulga will also review the ongoing cooperation in fields of infrastructure, energy, disaster management, defence, security, culture and capacity building. His visit follows a gap of ten years when in 2009 the then Mongolian president Tsakhiagiin Elbegdorj had visited India. 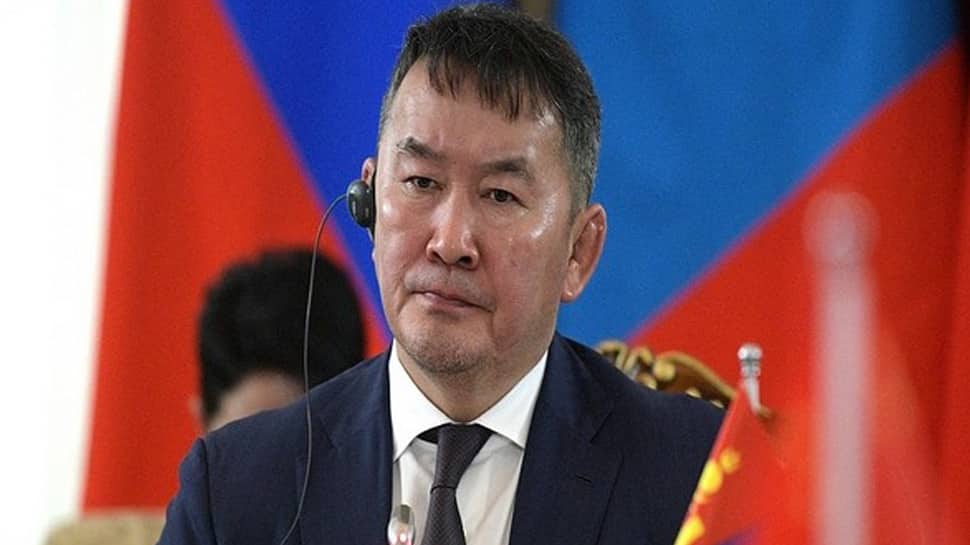 New Delhi: Mongolia's President Khaltmaagiin Battulga will be on a five-day state visit to India from Thursday to hold discussions on a range of issues including bilateral, regional and global. He will also review the ongoing cooperation in fields of infrastructure, energy, disaster management, defence, security, culture and capacity building. His visit follows a gap of ten years when in 2009 the then Mongolian president Tsakhiagiin Elbegdorj had visited India.

The Ministry of External Affairs in a release said, "During the visit, the two sides will hold in-depth discussions on a range of bilateral, regional and global issues and will also review ongoing cooperation in fields of infrastructure, energy, disaster management, defence, security, culture and capacity building." He explained, "India-Mongolia Strategic Partnership is based on the ideals of freedom and democracy and on a strong foundation of our shared Buddhist heritage."

The main day of engagement will on Friday when he meets President Ram Nath Kovind, Prime Minister Narendra Modi and address the business community. He will also visit Agra and Bodh Gaya.

Mongolia, which is landlocked between Russia and China, considers India as its "third neighbour" with which it has a spiritual connection. PM Modi and Mongolian President Battulga had met earlier in September on the sidelines of the Eastern Economic Forum in Vladivostok, Russia.

India is helping the landlocked country build an oil refinery through a line of credit announced during PM Modi's visit to the country. In 2015, PM Modi became the first Indian PM to visit the country.

The last few years have seen a number of high-level visits from India to Mongolia, including the visit of former external affairs minister late Sushma Swaraj in April 2018, former home minister Rajnath Singh on June 2018 and former minister of state for home Kiren Rijiju in July 2018.