Russia Deputy Foreign Minister Sergei Ryabkov on Wednesday asserted that Moscow will abide by its commitments and obligations in the S-400 missile system deal with India irrespective of reservations from the US. 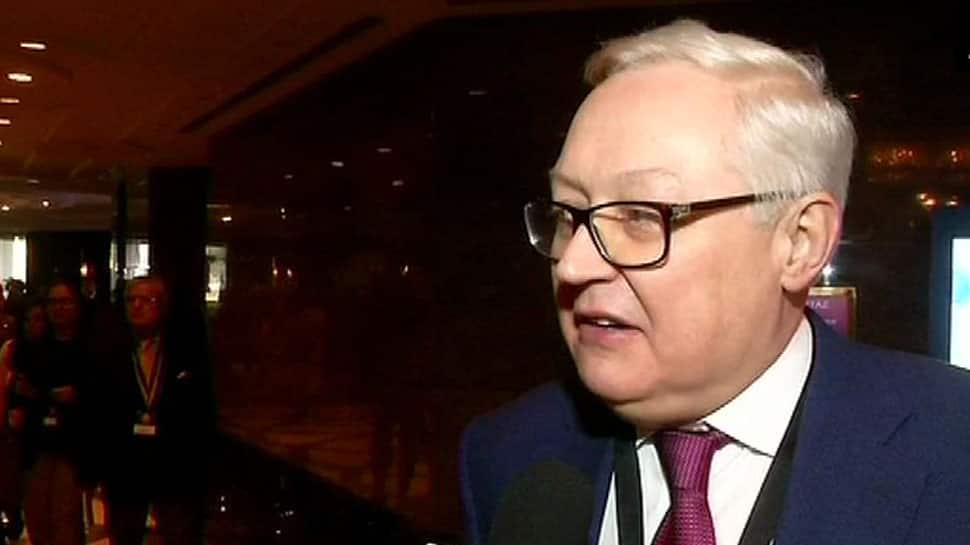 Russia Deputy Foreign Minister Sergei Ryabkov on Wednesday asserted that Moscow will abide by its commitments and obligations in the S-400 missile system deal with India irrespective of reservations from the US.

Responding to US not being happy of the S-400 deal and the sanctions being talked about under CAATSA law, Ryabkov stated, "Irrespective of CAATSA and the illegitimate attempts of the US to distort this deal, we have the methodology to provide for payments, ideas to deal with issue of procurement and nothing can be done by the US to disrupt this."

"We know how to work in this circumstances. There is nothing dramatic about it. We have our bilateral cooperation that is of great importance to Russia and all the commitments and obligations under this and other will be honoured by Russia irrespective of CAATSA," added Ryabkov.

When asked about the current status of the ties between India and Russia, Sergei Ryabkov said, "I think the leaders of the countries have a great personal relationship between them. They have great chemistry. They understand each other in a manner that is so extraordinary to any leaders in the world. This is the essential factor of promotion of relationship. Over years they have met several times. They have agreed on frameworks of cooperation and we definitely think further contacts between the leaders would expand and promote our bilateral agenda. It is not an asset, this is something we really cherish between the leaders."

The comments come days after the two leaders had a telephonic conversation in which Putin wished PM Modi success for the upcoming 2019 Lok Sabha elections.

Speaking on the issue of terrorism he said, "We should defeat international terrorism. It can be done through more cooperation and through more understanding of best practices. Bilateral cooperation with India is extremely important. The political impetus is being given at the level of president. I am sure together we can defeat it."

When President Putin came calling in October, a key milestone was reached in ensuring that India secures her skies with an extremely advanced missile system that only Russia and China possess. Despite reservations from the United States, PM Modi and Putin, on October 5, signed a deal for the S-400 missile system that promises to change the entire military dynamics of the subcontinent.

with inputs from Sidhant Sibal