The Time 100 Most Influential People 2019 list names the world's most influential pioneers, leaders, titans, artists and icons of the year. 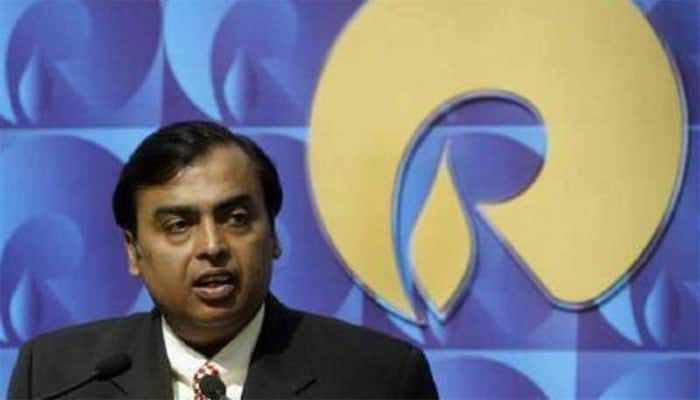 Reliance Industries Chairman Mukesh Ambani and public-interest litigators Arundhati Katju and Menaka Guruswamy, who spearheaded a historic legal battle for LGBTQ rights in India, are among the Indians who have been named by TIME magazine in its prestigious list of the 100 most influential people in the world.

The Time 100 Most Influential People 2019 list was released Wednesday, naming the world's most influential pioneers, leaders, titans, artists and icons of the year.

"But Ambani's vision is now even more ambitious than that of the father whose blessings he unfailingly invokes at the launch of each initiative," Mahindra wrote adding that the scale of his Reliance Jio mobile-data network, which has already connected over 280 million people in India with low-cost 4G, is "impressive by any standard."

Mahindra cites Ambani's promise in 2003 through an advertising tagline that his company would "put the world in the palm of your hand."

"It won't be long before he delivers on that promise," he said.

Award-winning actor Priyanka Chopra wrote a profile for Katju and Guruswamy, the pioneering women who led from the front in the fight to ensure equal rights for the LGBTQ community in India and were among the lead lawyers representing gay petitioners to have the ban on consensual gay sex struck down in the country.

"Arundhati and Menaka have helped take a giant step for LGBTQ+ rights in the world's largest democracy. In their committed fight for justice, they have shown us that we as a society must continue to make progress, even after laws are changed, and that we must make an effort to understand, accept and love," Chopra said.

The Supreme Court of India struck down Section 377 of the Indian Penal Code in a unanimous vote in September 2018. The outdated legacy of the British colonization of India, Section 377 rendered all sexual activities "against the order of nature" punishable by law.

Chopra said the "landmark judgment", overturning a 157-year-old law, was the outcome of a long-term campaign orchestrated by two "amazing" public-interest litigators, Katju and Guruswamy.

In a profile for Minhaj, host of The Daily Show Trevor Noah wrote that five years after he first met Minhaj in 2014, "Hasan is still as fresh-faced as ever, but his voice booms across screens around the world, thanks to his groundbreaking Netflix show Patriot Act with Hasan Minhaj."

"We've needed Hasan's voice since Donald Trump came down that golden escalator and turned immigrants and Muslims into his targets," Noah said, adding that Hasan's show ‘Patriot Act' is the manifestation of Hasan's “whip-smart commentary, charisma and sincerity. It's also a consistent reminder that Hasan is America. And America is Hasan."