Several incidents of fires breaking out at different places across India on Diwali took place causing damage to property. 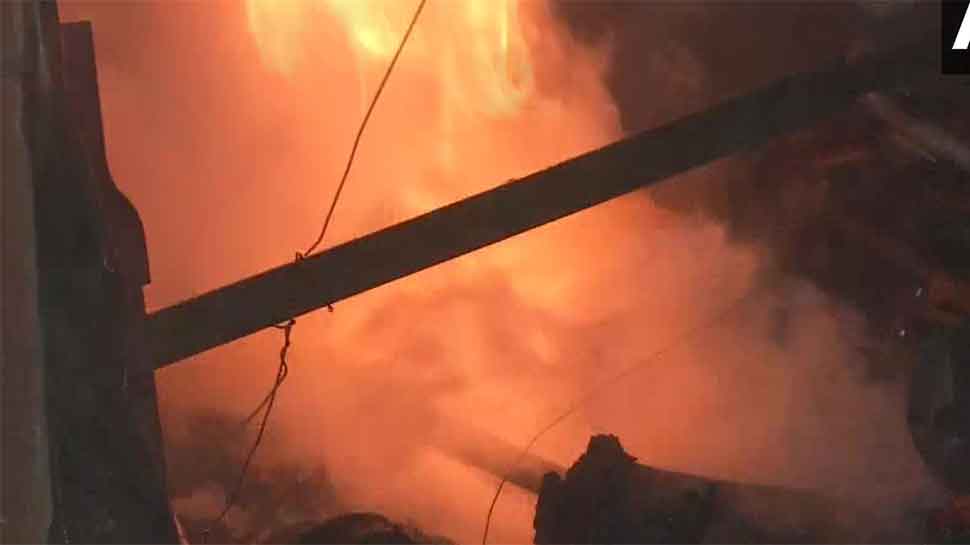 ANI Photo (A fire broke out at a warehouse in Sion, Mumbai at around 1 am on Monday)
Share:
Written By:

More than 80 shops were gutted after a massive fire broke out at Golabazaar vegetable market in the Sambalpur district of Odisha on Sunday night. The fire is suspected to have spread from diyas lighted in front of shops on the occasion of Diwali. Fire tenders were rushed to the spot to bring the blaze under control.

A massive fire was reported from Delhi's Sadar Bazar area on Sunday at around 3 pm when a shop that contained packaging materials caught blaze. As many as 12 fire tenders were rushed to the spot and no injuries where reported in the incident. The fire was doused after continuous efforts of around 1.5 hours.

Another fire was reported in a plastic products warehouse in Mumbai's Sion district in Maharashtra at around 1 am on Monday. After receiving the information, four fire engines were immediately rushed to the spot to douse the blaze. The fire was extinguished by the firefighters after an hour of effort. No casualties were reported since no person was present at the site of the incident, fire brigade officials said.

In Hyderabad, a major fire broke out on Sunday in a tire godown located near Sushma theatre in the limits of Vanasthalipuram police station in the city. As many as three fire tenders were rushed to the spot to douse the fire. No casualties were reported and the reason for the fire was not yet known.

Over 2,000 fire service officers were deployed across Delhi to tackle emergencies on Diwali, and had also stationed 25 officials to man its control room to deal with any fire-related calls, a day ahead of the festival of lights. In 2018, 261 fire-related incidents were reported in the national capital on Diwali.

During his address to the nation via his radio broadcast programme 'Mann Ki Baat' on Sunday, Prime Minister Narendra Modi had advised people to ensure their safety while bursting firecrackers saying that sometimes fire is caused due to carelessness.

"During Diwali, we burst firecrackers of all kinds! But sometimes fire is caused due to carelessness. An injury can also occur. I urge all of you to take the utmost care of yourself and to celebrate the festival with great enthusiasm," he said during the 58th edition of his monthly radio programme.

Over 60 hours on, rescue operations continue to save toddler Sujith Wilson who fell into borewell