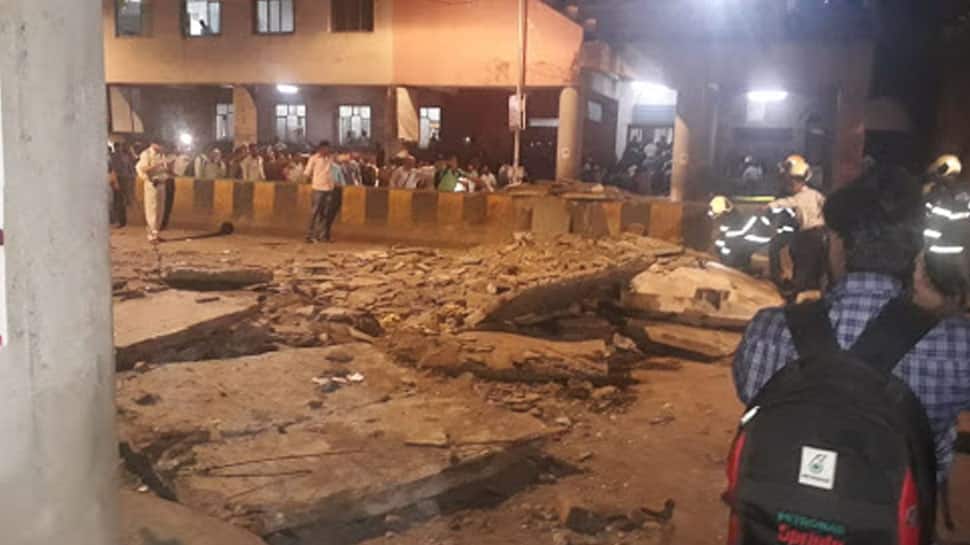 The Maharashtra chief minister regretted the incident calling it unfortunate. He announced an ex-gratia of Rs 5 lakh each to the families of those who were killed in the incident and a compensation of Rs 50,000 each will be given to the injured. The state government will provide for the treatment of injured people.

CM Fadnavis assured of a high-level inquiry and strictest action against those responsible. He also added that a structural audit of the bridge had earlier been done and it was found to be fit but the incident raises a question on the audit.

CM @Dev_Fadnavis ordered high level enquiry into #MumbaiBridgeCollapse incident and announced ₹5 lakh for the next of the kins of deceased and ₹50,000 to the injured and their medical expenses will be borne by GoM. pic.twitter.com/k6mR5PCGzb

"It's unfortunate. I've ordered a high-level inquiry. A structural audit of the bridge had earlier been done&it was found to be fit. Even after that if such an incident happened, it raises a question on the audit. The inquiry will be done. Strictest action will be taken," added the chief minister.

Earlier the Maharashtra CM had tweeted saying that he was pained to know about the incident. "Pained to hear about the FOB incident near TOI building in Mumbai. Spoke to BMC Commissioner and @MumbaiPolice officials and instructed to ensure speedy relief efforts in coordination with @RailMinIndia officials," tweeted CM Fadnavis.

A taxi driver, who was near the bridge when the tragedy struck, had a providential escape, though his vehicle suffered damage. Vehicles behind him stopped in time, thereby avoiding a bigger tragedy.