PM Narendra Modi's visit to Bahrain was important because it was the first visit of an Indian prime minister to the oil-rich Gulf nation. 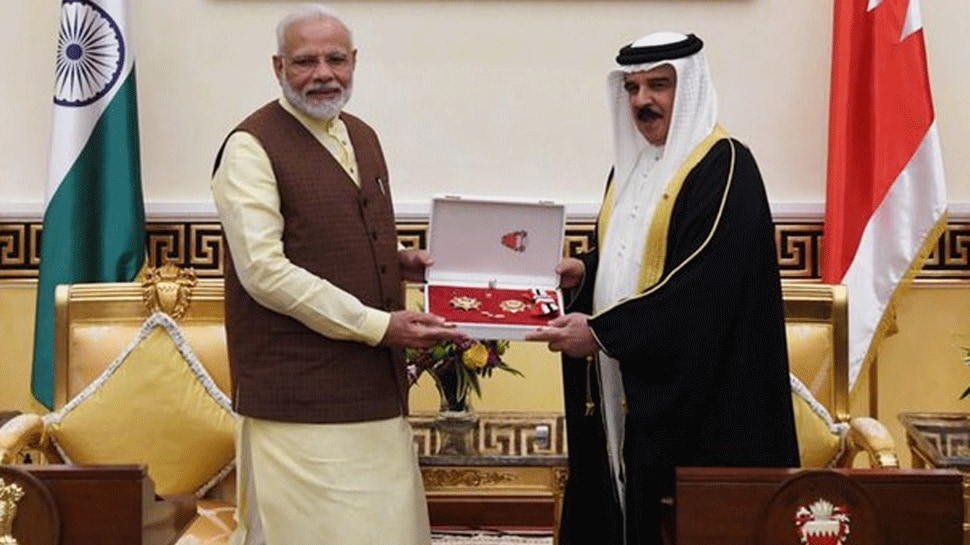 Prime Minister Narendra Modi was honoured with "The King Hamad Order of the Renaissance" by King of Bahrain Hamad bin Isa Al Khalifa on Saturday.

While receiving the award PM Modi said: "It is an honour for entire India. This is a symbol of the close and friendly relations between the Kingdom of Bahrain and India."

PM Modi's visit to Bahrain was important because it was the first visit of an Indian prime minister to the oil-rich Gulf nation. The visit is seen as an attempt by PM Modi to strengthen relations between India and Bahrain.

Hours before Bahrain's King honoured PM Modi with his country's prestigious civilian award, PM Modi was also honoured with the 'Order of Zayed', the highest civilian award of United Arab Emirates. The prime minister was honoured with the prestigious award by Crown Prince of Abu Dhabi, Sheikh Mohammed bin Zayed Al Nahyan as a mark of appreciation for the steps taken by him to strenthen ties between the two countries.

It would not be wrong to say that PM Modi has made personal efforts to strengthen relations with Islamic nations and his personal diplomatic outreach has yielded good results for India in the eyes of Muslim nations across the world.

PM Modi has been honoured by several other Islamic nations with their high civilian award since he came to power for the first time in 2014. Let's take a look at civlian awards given to PM Modi by Islamic nations:

1. The King Hamad Order of the Renaissance, Bahrain - August 2019

3. Grand Collar of the State of Palestine - February 2018

It is to be noted that PM Modi has always accepted these honour humbly and repeatedly maintain that these honours are not merely for him but for every Indian.