Giving a religious colour to Assam government's decision, AIUDF chief Badruddin Ajmal said that Islam and he personally also believe that anyone who want to come to world will come and no force on earth can stop it. 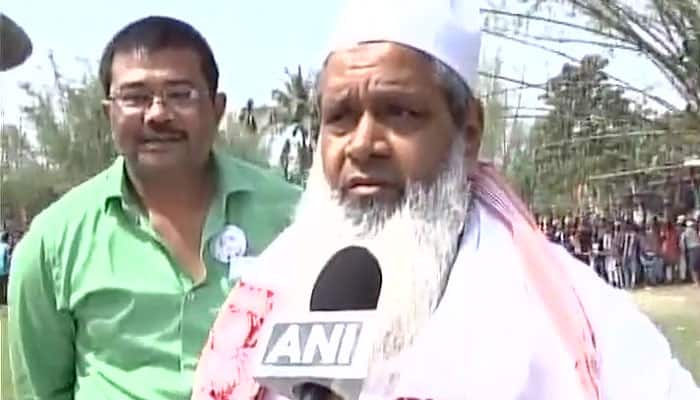 Days after Assam cabinet ruled that the state will not provide government jobs to people having more than two children, All India United Democratic Front (AIUDF) chief Badruddin Ajmal on Saturday slammed the move stressing that Muslims will not pay heed to these things and will continue to produce children.

"Muslims will continue to produce children, they will not listen to anyone. Now, the government has brought this law to stop Muslims from having jobs. According to the Sachar committee, below 2 per cent Muslims get government jobs. Literate people are now increasing among the Muslim community and they are working across the world," Badruddin Ajmal said.

Giving a religious colour to Assam government's decision, the AIUDF chief said that Islam and he personally also believe that anyone who want to come to world will come and no force on earth can stop it. "Our religion and I personally believe that those who want to come to the world will come and no one can stop it," Ajmal said.

Launching a direct attack on the BJP-led government in Assam, Ajmal said, "Whatever laws you make, they will have no impact on the Muslims. Tampering with nature is not good. Muslims will do whatever they want to bear children. Don't shout later that we have more children. Don't fight with nature."

"On one side, the RSS chief Mohan Bhagwat asks to produce 10-10 children and on the other side, the government says that no government jobs will be given to the people having more than two children. First, they should decide what they want. They don't follow what RSS said," he added.

On October 21, the Assam cabinet decided that people having more than two children will not be eligible for government jobs after January 1, 2021. It is to be noted that Assam assembly had passed the "Population and Women Empowerment Policy of Assam" in September 2017.