Prime Minister Narendra Modi on Monday addressed the 14th session of the Conference of Parties to the United Nations Convention to Combat Desertification held in Greater Noida and said that his government has launched a programme to double the income of farmers in the coming years. 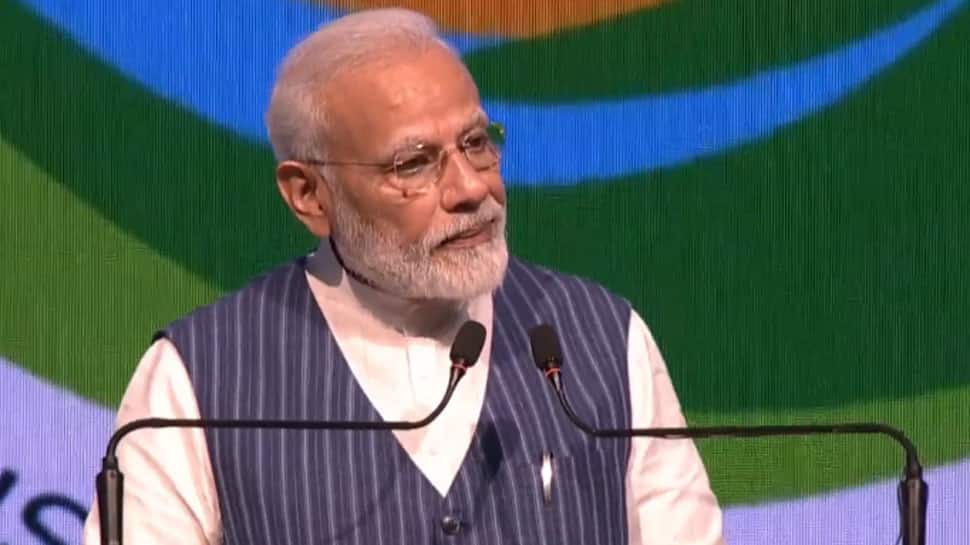 Noida: Prime Minister Narendra Modi on Monday addressed the 14th session of the Conference of Parties to the United Nations Convention to Combat Desertification held in Greater Noida and said that his government has launched a programme to double the income of farmers in the coming years.

Addressing the conference, PM Modi said that this would be achieved by increasing crop yield through various measures such as land restoration and micro-irrigation.

Stressing on the changing climate and the threats it imposes to both biodiversity and land, PM Modi pointed out that the climate change is also leading to land degradation of various kinds be it due to rise in sea levels and wave action, erratic rainfall and storms, and sand storms caused by hot temperatures.

Saying that India has now hosted all three UN conventions, PM Modi suggested that India would be happy to propose initiatives for greater cooperation in addressing the issues of climate change, biodiversity and land degradation in the future.

During the conference, PM Modi spoke about the acute water scarcity facing the earth and called it a "global threat", and spoke about the initiatives taken by India to "augment water supply", "enhance water recharge" and prevent water run-off. PM Modi also called for the leadership of UNCCD to create a global water action agenda which is central to the land degradation neutrality strategy.

The PM informed the attendees of the central government's decision to launch first of its kind 'Jal Shakti' Ministry, which is solely dedicated to addressing every water-related issue prevailing in the country in a comprehensive and detailed manner.

During the Conference, an estimated 7,200 participants that include Ministers and representatives of governments, non-government and intergovernmental organisations, scientists, women, and youth from the 197 parties are expected. They will take around 30 decisions with actions that aim to strengthen land-use policies worldwide and address emerging threats, such as forced migration, sand and dust storms, and droughts.

The event started on September 2 and will continue till September 13 in which 'Delhi Declaration' will form the future course of action on land degradation.

The Conference is being held at a time when India has assumed the COP Presidency from China for two years. It will add to the global discourse on issues relating to the environment, especially land management. ‪It is noteworthy that India has had the honour of hosting the COP of all three Rio Conventions on Climate Change, Biodiversity and Land Management.

UNCCD was adopted in Paris on June 17, 1994, and was ratified by 196 countries and the European Union. India ratified the UNCCD Convention in 1996. The other two Rio Conventions that emerged as a major outcome of the 1992 Rio Earth Summit were the United Nations Framework Convention on Climate Change (UNFCCC) and the Convention on Biological Diversity (CBD).