The Indian Air Force (IAF) has approved the name of Squadron Leader Ravi Khanna, who was killed in 1990 by separatist Yasin Malik, to be included on the National War Memorial. 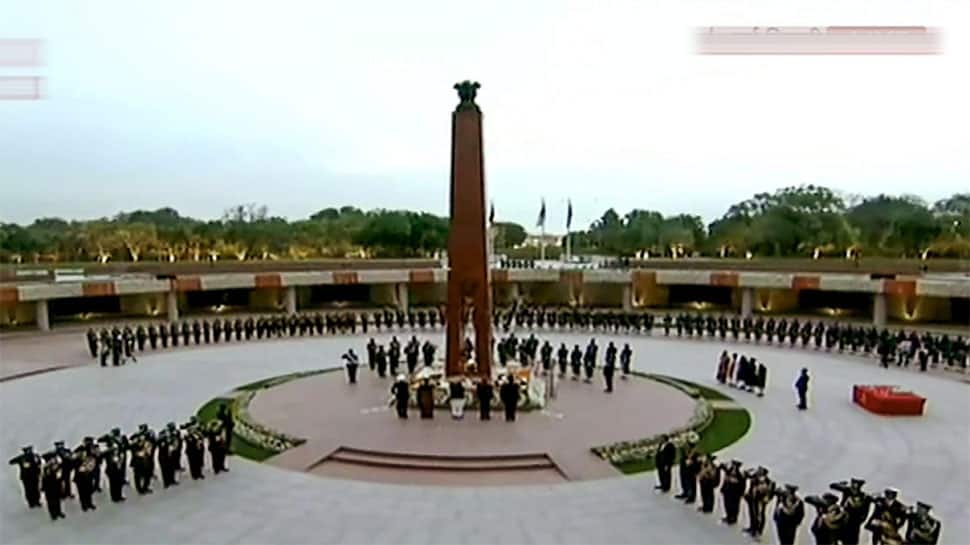 New Delhi: The Indian Air Force (IAF) has approved the name of Squadron Leader Ravi Khanna, who was killed in 1990 by separatist Yasin Malik, to be included on the National War Memorial.

"The Air Headquarters cleared the case for the inclusion of late Squadron Leader Ravi Khanna`s name in the National War Memorial`s list of Air Force personnel who have laid down their lives for the country," top IAF sources told ANI here.

The decision was taken in the last week of September by the Air Force authorities concerned as the service is fully convinced that his name should have been there. The names of personnel killed in action are provided by the respective services to the National War Memorial and they are then put up on the walls there along with the detail of action in which they had laid down their lives.

Yasin Malik who heads a banned faction named Jammu and Kashmir Liberation Front (JKLF) is accused of being involved in the killing of four Indian Air Force (IAF) personnel - including Squadron Leader Ravi Khanna - in Kashmir, in 1990. On January 25, 1990, four IAF employees were killed by the terrorists of JKLF.

Malik was charge-sheeted by the Central Bureau of Investigation (CBI) before the TADA court in Jammu on August 31, 1990, in connection with the case.

Malik, who has been arrested in a terror funding case by the National Investigative Agency (NIA) and currently lodged in Tihar Jail, would be produced in the special court through video conferencing.

Nirmal Khanna, the wife of Squadron Leader Khanna, has been fighting for justice for her late husband. Recently, she had also suggested her husband`s name to be included on the National War Memorial.