BJP leader Kisan Kathore withdrew his candidature ahead of the Speaker election in Vidhan Sabha on Sunday for the post of Assembly Speaker in Maharashtra, making way clear for Congress-NCP-Shiv Sena pick Nana Patole to become the assembly Speaker unopposed. 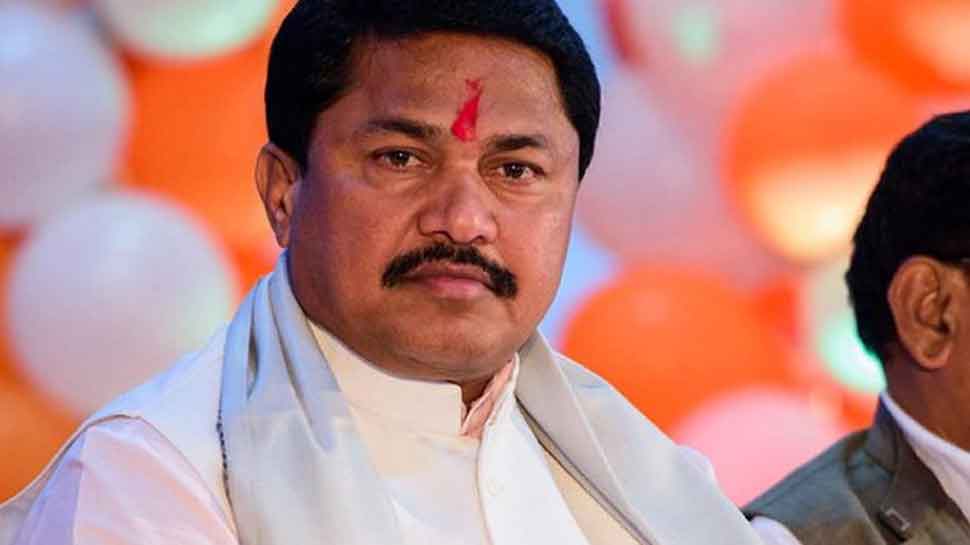 MUMBAI: BJP leader Kisan Kathore withdrew his candidature ahead of the Speaker election in Vidhan Sabha on Sunday for the post of Assembly Speaker in Maharashtra, making way clear for Congress-NCP-Shiv Sena pick Nana Patole to become the assembly Speaker unopposed.

BJP's decision came after an all-party meeting was convened wherein incumbent BJP Maharashtra MLAs urged that the tradition of electing the Assembly Speaker should be upheld, BJP state chief Chandrakant Patil said. "To keep the dignity of the Vidhan Sabha intact, we have decided to withdraw the name of Kisan Kathore from the election so that the assembly Speaker be elected unopposed," Patil added.

After the BJP announced its decision, NCP leader Chagan Bhujbal was quoted by news agency ANI as saying, "Earlier, Opposition also filled the form for the post of Assembly Speaker, but after a request by other MLAs and to keep the dignity of Assembly intact, they have taken back the name. Now, the election of Speaker will happen unopposed."

Pro-Tem Speaker Dilip Walse Patil had called for an assembly session of all party leaders on Sunday to elect the Maharashstra Assembly Speaker, a day after Uddhav Thackeray-led Maha Vikas Aghadi government proved its majority in the floor test with the support of 169 MLAs.

Patole, for whom now way is clear to become the Assembly Speaker, is a BJP rebel who left the party and joined the Congress ahead of Lok Sabha elections this year. He contested against Union Minister Nitin Gadkari from Nagpur and faced defeat.

BJP had picked its fourth time MLA Kisan Kathore as its candidate to contest the election for Maharashtra Assembly Speaker against Patole. Kathore was elected the Thane Zilla Parishad president in 2002. He became Thane MLA on NCP ticket in 2004. He won in 2009, 2014 and 2019 assembly elections. He contested the last two elections on BJP ticket.

Fadnavis said that the oath-taking ceremony of Thackeray and the other six ministers in Shivaji park was not in line with the rules. "Someone took Babasaheb Thackeray's name, someone took names of Sonia ji and Pawar Saheb. The oath was not taken as per the given format," Fadnavis said.

"You feel stung when we took names of Chhatrapati Shivaji. I will take the name again and again. Those who don't take the names of their parents have no right to live," Uddhav had said, in response to Fadnavis's allegations.