Narayan Sai, son of self-styled godman Asaram Bapu, had been convicted on charges of raping two sisters in a case filed by a former lady devotee in 2013. 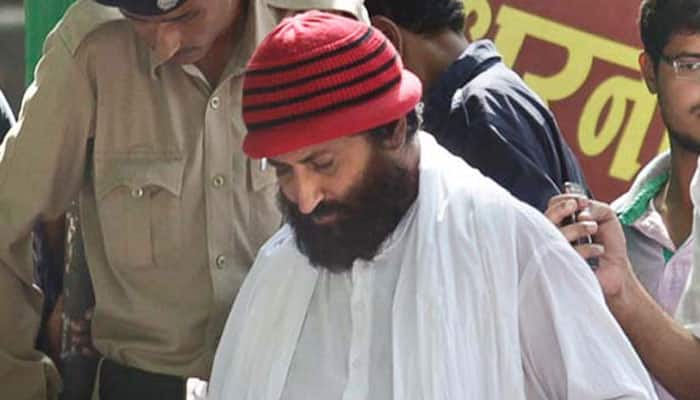 A sessions court in Surat on Tuesday sentenced Narayan Sai to life in prison after he was convicted on charges of rape, unnatural offences, assault, criminal intimidation, and criminal conspiracy last week. The court also imposed a fine of Rs 1 lakh on Narayan Sai. Narayan Sai was convicted on Friday under Indian Penal Code sections 376 (rape), 377 (unnatural offences), 323 (assault), 506-2 (criminal intimidation) and 120-B (conspiracy).

Narayan Sai, son of self-styled godman Asaram Bapu, had been convicted on charges of raping two sisters in a case filed by a former lady devotee in 2013. He had been in jail since December of 2013.

On Tuesday, Narayan Sai's lawyer argued that leniency be shown to his client and that the verdict in the Nirbhaya case cannot be applied here. The public prosecutor, however, argued that nothing short of life sentence ought to be awarded to the convict and that he should also pay a compensation of Rs 25 lakh to the complainant.

Narayan Sai's close aides Ganga, Jamuna and Hanuman were awarded jail term of 10 years each and the court has also imposed a fine of Rs 5000 on ech one of them.

Narayan Sai had been arrested by Delhi Police on December 4, 2013, while trying to cross the border of the national capital. He was in disguise when arrested by the police. Both he and his father have been accused of rape of the sisters. The case was registered in 2013.