The Congress on Saturday hit out at the BJP over the resignations of 11 MLAs of the ruling coalition in Karnataka, alleging that the Central government was "orchestrating the defections". 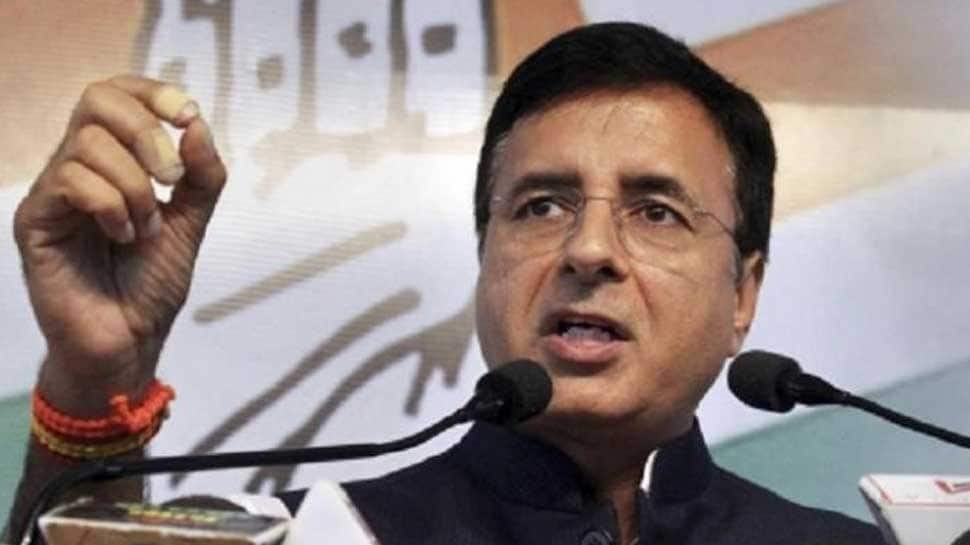 New Delhi: The Congress on Saturday hit out at the BJP over the resignations of 11 MLAs of the ruling coalition in Karnataka, alleging that the Central government was "orchestrating the defections".

Addressing reporters after the meeting of senior party leaders here at the party's war room, Congress media in-charge and national spokesperson Randeep Singh Surjewala said, "We deprecate the efforts of the BJP to buy our legislators, to pressurise legislators into resigning in order to bring down an elected government in Karnataka."

"A new symbol of horse-trading politics has emerged in the country," he added.

"(Prime Minister Narendra) Modiji and the BJP need to be aware that the Karnataka government which is a joint government by the Congress and the Janata Dal-Secular having complete majority under our democratic setup is now sought to be pulled down by a spate of defections and resignations," the Congress spokesperson said.

His remarks came soon after over eight Congress and three JD-S MLAs in Karnataka resigned on Saturday putting the 13-month-old coalition government under threat.

Surjewala said that the leaders discussed the Karnataka issue and also spoke to the Congress leaders in the state. Meanwhile, the party`s Karnataka in-charge KC Venugopal, who was in Kerala, arrived in Bengaluru to deal with the crisis.

Attacking the BJP for starting the culture of defections across the country, Surjewala said that it happened in Uttarakhand, it happened in Gujarat, recently it happened in Andhra Pradesh, West Bengal, Telangana, Haryana and Maharashtra, where the Leader of Opposition in the Assembly for five years was made to defect and made a Minister.

He also gave examples of states like Arunachal Pradesh, Manipur, Tripura and Goa.

"Is this the culture of democracy? It is the question that the entire country needs to ponder over," he said.

"Who will protect democracy and discourage these efforts of the BJP?" he asked.

"We want to say to them no efforts of yours to bring down governments will ever succeed in denigrating India`s democracy or its laudable constitution," Surjewala added.