In a media briefing, Foreign Secretary Vijay Gokhale said, "Prime Minister Narendra Modi will make a visit to the US from the late afternoon of 21 September until the forenoon of 27 September. And the two cities on his itinerary are Houston in Texas and then in New York." 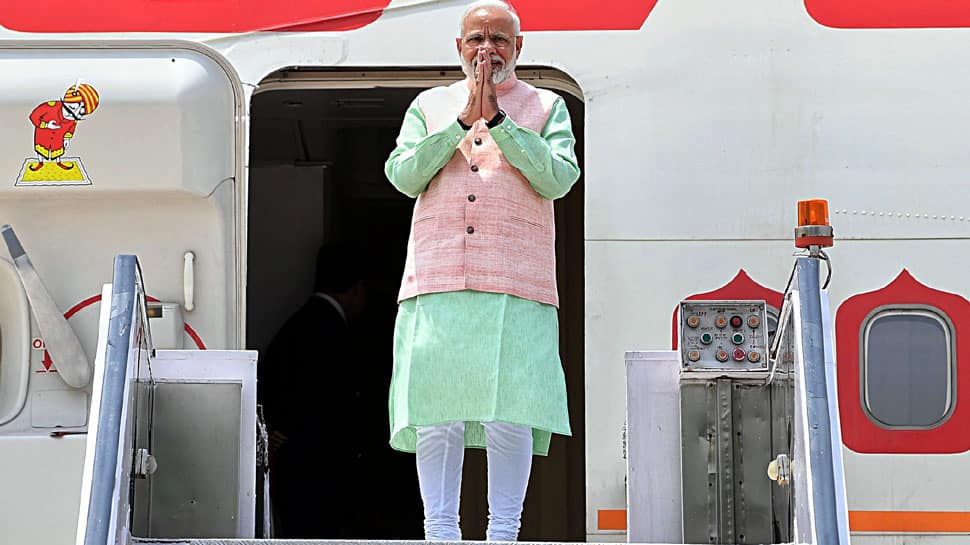 Prime Minister Narendra Modi will meet US President Donald Trump, address the United Nations Genral Assembly (UNGA), engage in 20 bilateral meetings, participate in Climate Change summit among his other engagements during his US visit from September 21-27, said the Ministry of External Affairs (MEA) on Thursday. PM Modi will leave for the US late on Friday night.

In a media briefing, Foreign Secretary Vijay Gokhale said, "Prime Minister Narendra Modi will make a visit to the US from the late afternoon of 21 September until the forenoon of 27 September. And the two cities on his itinerary are Houston in Texas and then in New York."

PM Modi will also be honoured with the Bill and Melinda Gates Foundation's 'Global Goalkeeper's Award' for his leadership in the field of sanitation through 'Swachh Bharat Abhiyan'. The award is given every year to a world leader for achievement in a specific sustainable development goal.

Giving a detailed schedule during PM Modi's stay in the US, Gokhale said, "On September 22, the highlight would be the Prime Minister's address to the Indian community. We are delighted that President Trump will also be there. On September 23, the PM will participate in Climate Change, Universal health care summits and leaders dialogue on terror responses. On September 24, in the late afternoon, we organise our event to commemorate the 150th anniversary of Mahatma Gandhi, in the UN. This event is titled 'Leadership matters: Relevance of Gandhi in contemporary times'. We are delighted that the Prime Minister will be joined by some heads of govt, these include President of the Republic of Korea, and PMs of Singapore, New Zealand, Bangladesh, Jamaica as well as the UN Secretary General."

He further added, "Three launches are going to be done at this event. First, Gandhi solar park which is the installation of solar panels on the rooftop of UN headquarters in New York from a grant of $1 million that India has given to promote renewable energy and showcase our commitment to using of solar energy. On October 25, PM Modi will have a conversation with Bloomberg and an investment round table."

Speaking on the US' decision on ending the Generalized System of Preferences (GSP) for India, Gokhale said that it was a unilateral decision ny the US. "Generalized System of Preferences (GSP) is a unilateral decision, given by countries to other countries based on certain criteria. We are a developing country, we meet those criteria.  I do not recall our ever stating that we are not interested in GSP. The US unilaterally withdrew that concession from us, we believe that GSP is something which is important for our industry but ultimately it is a matter for the US to take a call on."

In June, the US ended its preferential trade treatment for India, removing it from the Generalized System of Preferences (GSP) programme that allowed duty-free entry for up to $5.6 billion worth of its annual exports to the US.

Calling Pakistan's decision on not allowing PM Modi to use its airspace while travelling to the US an unfortunate situation, Gokhale added, "It's an unfortunate situation where a country denies overflight to head of state/head of govt of another country. But it's true when there's a normal country. Hope Pakistan will realise the folly of its actions."