If the planet has a dense atmosphere, which will take future studies to determine, it could trap enough heat to warm the planet and allow liquid water on its surface, added Kossakowski. 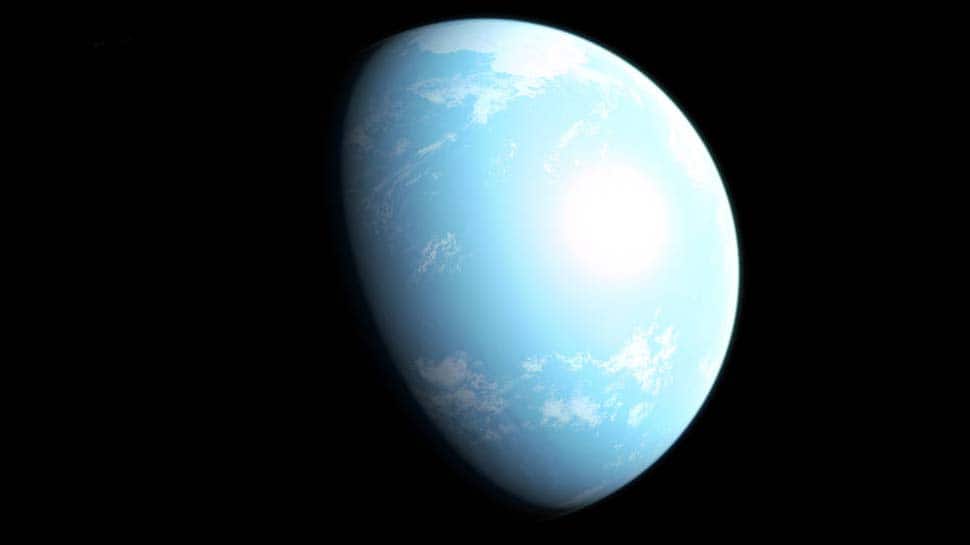 In a recent achievement, NASA has discovered a planet, several light-years away from our solar system and located within a star’s habitable zone, which could sustain life on it.

The planet, GJ 357 d, is located within the outer edge of its star’s habitable zone, where it receives about the same amount of stellar energy from its star as Mars does from the Sun, according to co-author Diana Kossakowski at the Max Planck Institute for Astronomy in Heidelberg, Germany. If the planet has a dense atmosphere, which will take future studies to determine, it could trap enough heat to warm the planet and allow liquid water on its surface, added Kossakowski.

The star is named GJ 357 and it sits just 31 light-years away in the constellation Hydra and NASA’s Transiting Exoplanet Survey Satellite (TESS) caught the star dimming every 3.9 days, indicating the presence of at least one transiting exoplanet.

Without an atmosphere, the planet has an equilibrium temperature of -64 F (-53 C) which would make the planet seem more glacial than habitable. The planet weighs at least 6.1 times Earth’s mass and orbits the star every 55.7 days at a range of about 20 per cent of Earth’s distance from the Sun. The planet’s size and composition are unknown, but a rocky world with this mass would range from about one to two times Earth’s size.

The new worlds orbit a star named GJ 357, an M-type dwarf about one-third the Sun’s mass and size and about 40 per cent cooler than our star. The system is located 31 light-years away in the constellation Hydra. In February, TESS cameras caught the star dimming slightly every 3.9 days, revealing the presence of a transiting exoplanet--a world beyond our solar system--that passes across the face of its star during every orbit and briefly dims the star’s light.

A paper describing the findings was published on Wednesday, July 31, in the journal Astronomy & Astrophysics and is available online. TESS is a NASA Astrophysics Explorer mission led and operated by MIT in Cambridge, Massachusetts, and managed by NASA's Goddard Space Flight Center.

BJP numbers and strategy behind passage of Jammu and Kashmir legislation