The scientists found that microplastics tended to be present in smoother waters, demonstrating that CYGNSS data can be used as a tool to track ocean microplastic from space. 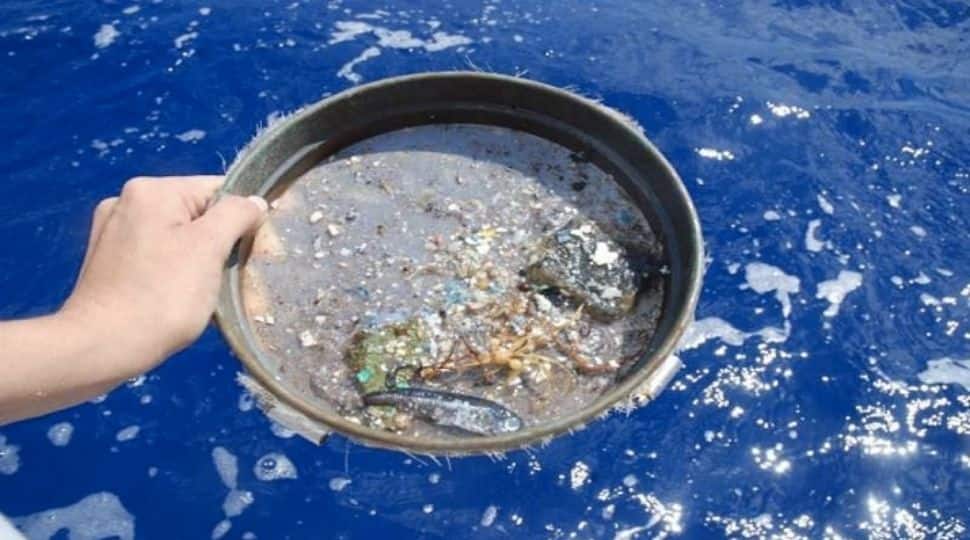 New York: Scientists from the University of Michigan have developed an innovative way to use NASA satellite data to track the movement of tiny pieces of plastic in the ocean.

Microplastics formed when plastic trash in the ocean breaks down from the sun`s rays and the motion of ocean waves. These small flecks of plastic are harmful to marine organisms and ecosystems.

Microplastics can be carried hundreds or thousands of miles away from the source by ocean currents, making it difficult to track and remove them.

Currently, the main source of information about the location of microplastics comes from fisher boat trawlers that use nets to catch plankton - and, unintentionally, microplastics.

The new technique relies on data from NASA`s Cyclone Global Navigation Satellite System (CYGNSS) -- a constellation of eight small satellites that measure wind speeds above Earth`s oceans and provides information about the strength of hurricanes. CYGNSS also uses radar to measure ocean roughness, which is affected by several factors including wind speed and debris floating in the water.

Working backwards, the team looked for places where the ocean was smoother than expected given the wind speed, which they thought could indicate the presence of microplastics.

Then they compared those areas to observations and model predictions of where microplastics congregate in the ocean. The scientists found that microplastics tended to be present in smoother waters, demonstrating that CYGNSS data can be used as a tool to track ocean microplastic from space.