Former President Dr APJ Abdul Kalam passed away at the age of 83 on July 27, 2015, while delivering a lecture at the Indian Institute of Management (IIM) Shillong. 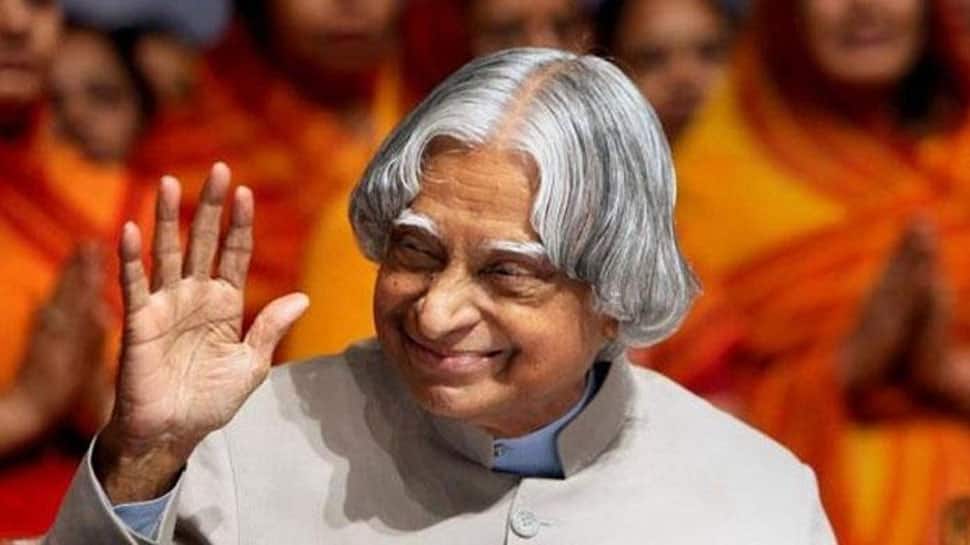 New Delhi: Going down the memory lane, people from different walks of life fondly remembered former President Dr APJ Abdul Kalam, popularly known as the `Missile Man of India`, on his fourth death anniversary on Saturday. Kalam passed away at the age of 83 on July 27, 2015, while delivering a lecture at the Indian Institute of Management (IIM) Shillong.

Born on October 15, 1931, at Rameswaram in Tamil Nadu, Dr Kalam specialised in Aeronautical Engineering from Madras Institute of Technology. After having a successful career as an aerospace scientist, he went on to become the 11th President of India (2002-2007). He was fondly called `People`s President` by many for his friendly approach towards people.

Dr Kalam was responsible for the development and operationalisation of AGNI and PRITHVI missiles and for building indigenous capability in critical technologies through networking of multiple institutions. He was the Scientific Adviser to Defence Minister and Secretary, Department of Defence Research and Development from July 1992 to December 1999. He received honorary doctorates from 30 universities and institutions. He has been awarded the coveted civilian awards - Padma Bhushan (1981) and Padma Vibhushan (1990) and the highest civilian award Bharat Ratna (1997).

Among his literary works include "Wings of Fire", "India 2020 - A Vision for the New Millennium", "My journey" and "Ignited Minds - Unleashing the power within India".

Paying homage to Dr Kalam, Union Home Minister Amit Shah tweeted, "Tributes to our former President, Bharat Ratna Dr APJ Abdul Kalam ji on his punyatithi. He was an outstanding scientist and a great motivator whose teachings has inspired millions of lives. Nation can never forget his monumental contribution in the field of science & technology."

A post on the official Twitter handle of BJP read, "Our humble tribute to the `Missile Man`, former President of India, Bharat Ratna Dr APJ Abdul Kalam whose life continues to inspire millions of youth."

"#missileman" and "#APJAbdulKalam" have been trending since morning on Twitter.

Another one added, "People`s President, inspiration to the youth and teacher to millions...!!! Tributes to our #missileman Dr. A.P.J. Abdul Kalam on his 4th death anniversary."