A bench headed by NGT Chairperson Justice Swatanter Kumar directed the Assam government to file an affidavit and inform it about the technical and operational aspects of the barriers.​ 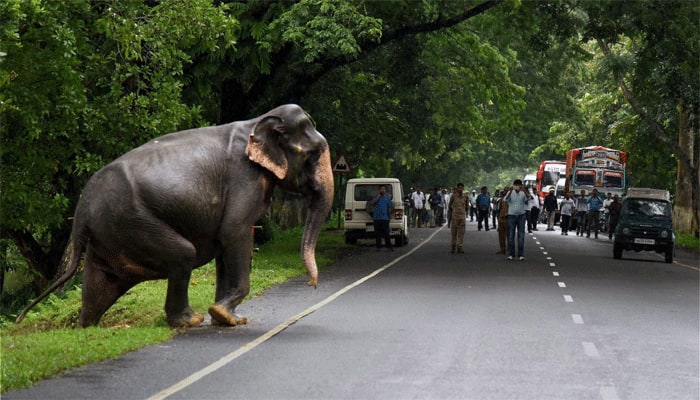 New Delhi: Concerned over death of animals in road accidents near the Kaziranga National Park, the National Green Tribunal has directed the Assam government to improve sensor-operated automated traffic barriers installed in the animal corridor.

A bench headed by NGT Chairperson Justice Swatanter Kumar directed the Assam government to file an affidavit and inform it about the technical and operational aspects of the barriers.

The Assam government told the green panel that it would go through the suggestions made by the Wildlife Institute of India (WWI) on sensor barriers and incorporate them after due consultation.

He submits that WWI has made certain recommendations for improving the sensor barriers installed by Assam government.

"These will be followed and improvement thereto in consultation with the Wildlife Institute of India will be completed by September 30, 2017 positively. Thereafter they would install more sensor barriers particularly in the areas which are known animal corridors," the bench noted.

The matter is fixed for hearing on October 10.

The tribunal had earlier rapped the Assam government for the death of several animals in road accidents near the park and directed it to ensure their safety, especially during monsoons.

The green panel was earlier informed by the Sarbananda Sonowal government that it has issued 1,010 challans on National Highway-37 that passes along the southern boundaries of the Kaziranga park for over-speeding and over-loading till July 10.

The tribunal was hearing a plea filed by wildlife activist Rohit Choudhury opposing the widening of NH-37 which passes from Jakhalabandha to Bokakhat along the reserve.

The tribunal had earlier said that any vehicle found crossing the 40-km speed limit on the NH-37 will have to pay an environment compensation of Rs 5,000, besides a fine under the Motor Vehicles Act.

The national park director had earlier told the bench that sensor-operated automatic barriers on NH-37 near the Malini Camp of the rhino habitat have been installed.

He had submitted that a total of four animals — two hog deer, one capped langur and one python — have been killed till April 30 after being hit by vehicles.

Three interceptor vehicles are at present in operation round-the-clock in the 66 km stretch of the highway running along the park to check that vehicle speed does not exceed the 40 km limit, he had added.