The indefinite strike will withdraw residents from emergency services which will tremendously affect the patients. This is the third consecutive day of the protest against the Bill. 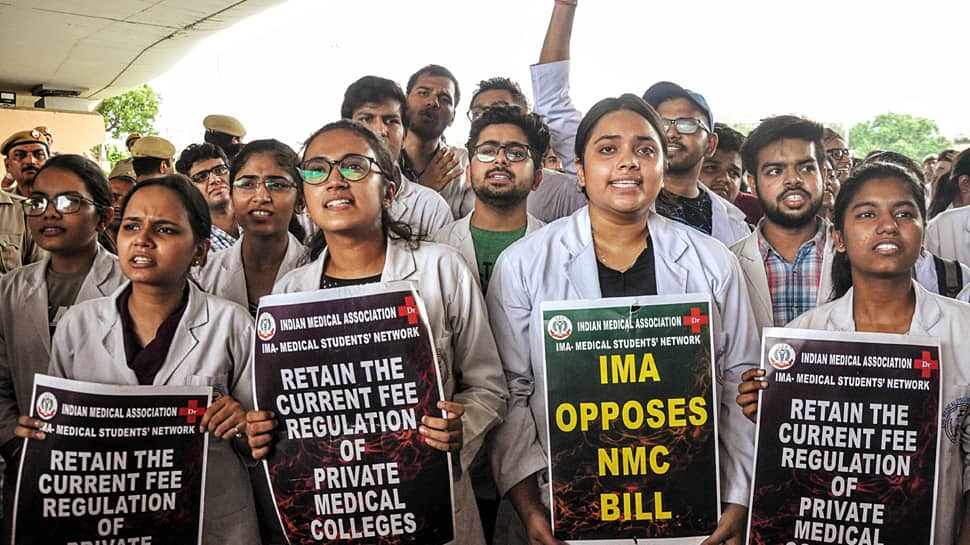 The indefinite strike will withdraw residents from emergency services which will tremendously affect the patients. This is the third consecutive day of the protest against the Bill.

Amid widespread protests from the medical community, the Rajya Sabha on Thursday passed the Bill, with the medical fraternity across the nation expressing shock.

* In a GBM of AIIMS, the executives of URDA, FORDA and AIIMS RDA, jointly decided to continue with the indefinite strike as decided earlier including withdrawal of residents from emergency services.

* We also strongly condemn the assault and detainment of peacefully protesting doctors while we were exercising our democratic right to protest against the pro-visions of the bill affecting our fraternity and the general public at large," read a press release.

* On Thursday, a massive protest was held by doctors of AIIMS, Safdarjung, Ram Manohar Lohia Hospital, Lady Hardinge Medical College, Lok Nayak Hospital, etc. Post Graduate Institute of Medical Education & Research (PGIMER), Chandigarh had staged a protest along with the Indian Medical Association (IMA) against the Bill. Calling the Bill "draconian", PGIMER had stated that the Lower House dumped health care and medical education of this country into darkness by approving the undemocratic NMC Bill, 2019.