Admiral Karambir was speaking at an annual press conference, held a day ahead of the Navy Day. 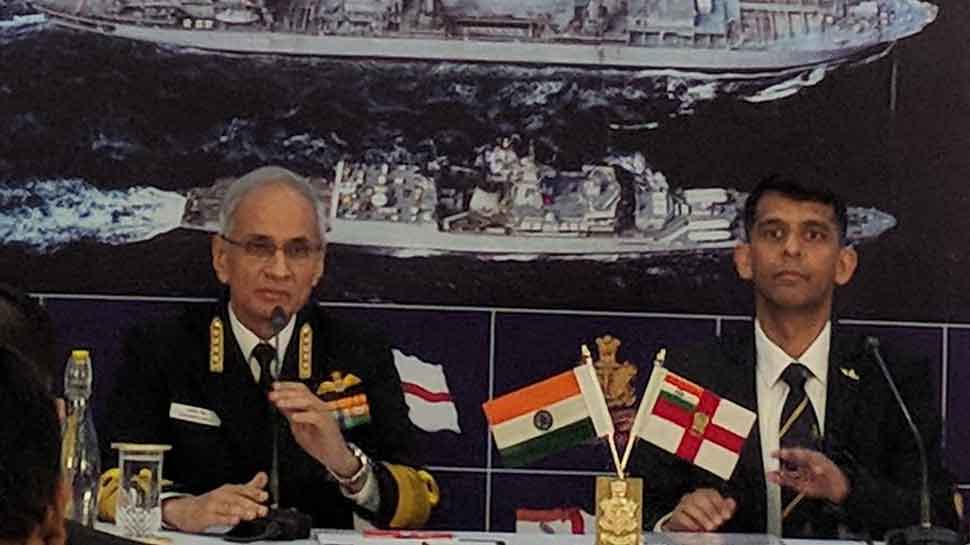 New Delhi: Navy Chief Admiral Karambir Singh said on Tuesday the presence of Chinese ships in the Indian Ocean is increasing and added that his force has been keeping a close watch on them. He assured the nation that the Indian Navy is fully prepared to deal with national security challenges.

Admiral Karambir was speaking at an annual press conference, held a day ahead of the Navy Day, where he stated that China and Pakistan were scheduled to hold an exercise in North Arabian Sea and the Chinese vessel must have entered the Indian Ocean Region to take part in the exercise.

Commenting on the recent incident, when the Indian Navy drove away a suspicious Chinese vessel operating in the Indian waters near Port Blair, Singh said, "Our stand is that if you have to work in our Special Economic Zone, then you have to take our clearance."

The officer also expressed his concern over the decline in Navy's share in defence budget from 18 percent in 2012 to 12 percent in 2018, besides adding that the maritime force plans to have three aircraft carriers in the fleet in the long term. "As the Navy chief, I am convinced that the country needs three aircraft carriers so that two are operational at all times. We think, it should be 65,000 tonnes with electromagnetic propulsion," he was quoted as saying by ANI.

"50 warships and submarines of the Indian Navy are under construction of which 48 are on order in Indian shipyards," he said, elaborating the current acquisitions of the Indian Navy. "We are putting our defence and security in place to ensure that threats from terror groups (like Al Qaeda) are thwarted. I want to assure that Navy along with the Coast Guard and other security agencies are ready to face any challenge," Singh said.

Singh said that Indian Navy was the first to support Light Combat Aircraft and added that Defence Research and Development Organisation wants to give the maritime force twin-engine deck-based aircraft. He added that if the LCA Tejas Navy meets timelines and requirements, the force will include it in the fleet.

Commenting on the creation of the post of Chief of Defence Staff, he said, "My expectation is that the Chief of Defence Staff (CDS) is suitably empowered to carry out all the decisions. Prime Minister has taken a historic decision. Navy had presented all its points on the issue to the government."