The INS Kalvari, a Scorpene class attack submarine and named after a deep-sea tiger shark, is expected to significantly boost the Navy's underwater prowess. 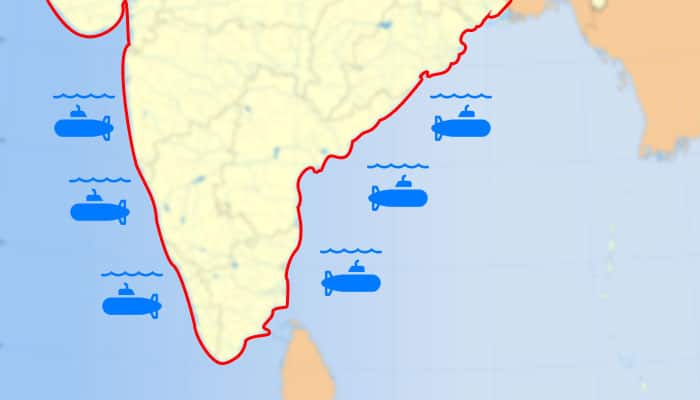 New Delhi: To boost the country's maritime security, the Indian Navy is reportedly all set to commission one of world’s deadliest fighting tools, the INS Kalvari into its fleet later this month that comes amid heightened tensions with China.

The submarine's commissioning is a “milestone” in India’s endeavor to rebuild its underwater fighting force, the Bloomberg reported.

The INS Kalvari, a Scorpene class attack submarine and named after a deep-sea tiger shark, is expected to significantly boost the Navy's underwater prowess.

This is the first of six such submarines the Navy has ordered. Currently, it has just 15 submarines in its fleet compared to 60 with China.

The government had ordered for six French-made Scorpene submarines in 2005 at a cost of 236 billion rupees.

The submarines are being built by the state-owned defense shipyard Mazagon Dock Shipbuilders Ltd. in collaboration with France’s Naval Group.

According to the report, the government has also initiated a program to build six more diesel submarines. It has, meanwhile, sent information requests to six different manufacturers in Germany, France and Russia, among others.

The project is reportedly worth about 500 billion rupees.