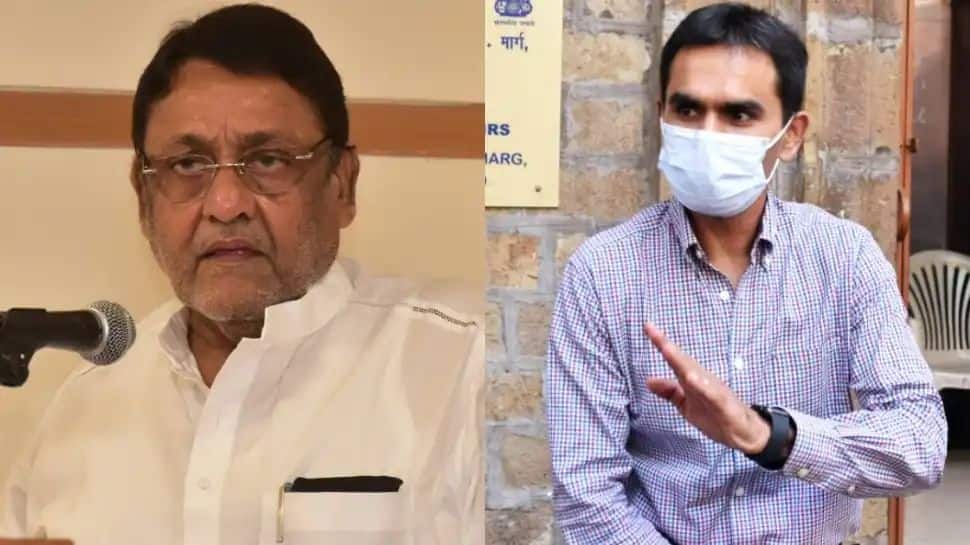 Mumbai: The Bombay High Court on Monday refused to restrain Maharashtra minister Nawab Malik from posting tweets or public statements against NCB officer Sameer Wankhede adding that the facts of such claims must be reasonably verified by the minister, PTI reported.

Noting that the minister’s remarks were motivated by malice but that doesn’t prove the absence of substance in his claims, the court refused to grant an injunction against Malik.

Justice Madhav Jamdar, while hearing the defamation plea file by Wankhede’s father against Malik, said prima facie (on the face of it), Malik's tweets against Wankhede had actuated out of malice and personal animosity.

However, since Wankhede was a government officer and the allegations made against him by Malik pertained to activities related to the NCB Zonal Director's public duties, the minister couldn't be completely prohibited from making any statements against him, the court order added as per PTI.

The minister, however, henceforth, must make statements against Wankhede or his family only after "reasonable verification of facts," the HC said.

The HC's judgement came on an interim prayer for such an injunction sought by Wankhede's father.

The Maharashtra cabinet minister alleged that Sameer Wankhede, currently posted in Mumbai, was born a Muslim and had secured a central government job claiming to belong to a Scheduled Caste.

Wankhede's father, Dnyandev had filed a defamation suit against Malik earlier this month in the HC, seeking among other things, that the minister is restrained from posting defamatory statements against him and his family on social media.

Dnyandev Wankhede has also sought damages worth Rs 1.25 crore for libel. Sameer Wankhede and his family have repeatedly denied all allegations made by the state minister.