NCP-Congress will contest together on 40 seats in Maharashtra for Lok Sabha polls: Praful Patel

The NCP leader exuded confidence that the alliance with like-minded parties would get "great success" in the election. 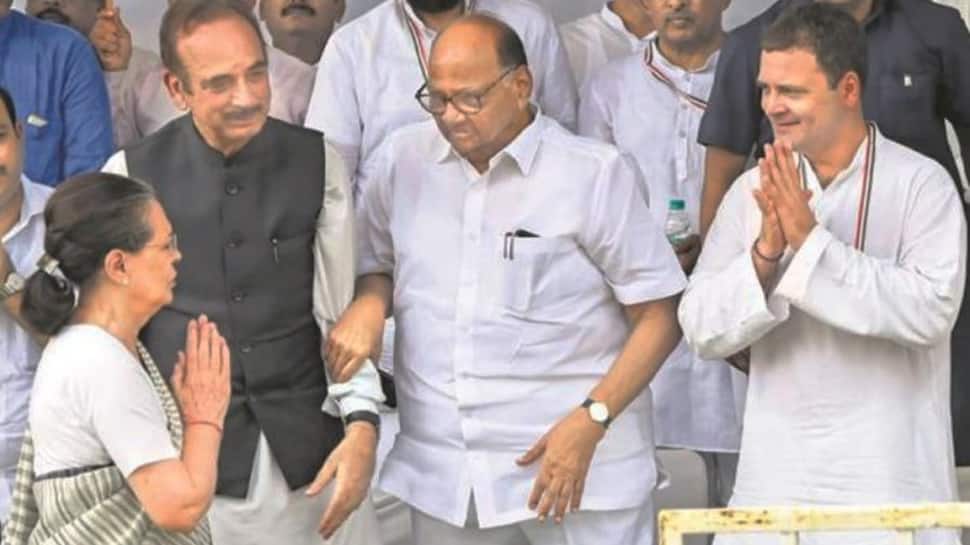 NEW DELHI: The Nationalist Congress Party and the Congress have finalised a seat-sharing arrangement for the 2019 Lok Sabha elections, NCP leader Praful Patel said on Friday. The two parties will be contesting together on 40 Lok Sabha seats while a decision on eight remaining seats is yet to be taken.

Patel's remarks come at a time when NCP chief Sharad Pawar held a meeting with key leaders to discuss the party's preparation for Lok Sabha polls. "We want to bring parties which believe in (chief Constitution maker) BR Ambedkar's ideology together," Patel said.

Pawar had also earlier said that he and his Congress counterpart Rahul Gandhi are holding discussions at the national level. "We are positive and we are trying to bring all the like-minded people together. We are working out on how to bind all the secular parties together to throw the communal parties out of power," he had said.

As per reports, the NCP is likely to field former Maharashtra minister Sunil Tatkare from Raigad Lok Sabha seat, where another party leader Bhaskar Jadhav had staked claim. It may also field Dhananjay Mahadik from Kolhapur again.

The NCP at present has four Lok Sabha MPs from the state: Supriya Sule from Baramati, Dhananjay Mahadik from Kolhapur, Udayanraje Bhosale from Satara and Vijaysinh Mohite Patil from Madha.