The NDMA has asked all states to prepare an action plan to deal with heat wave. 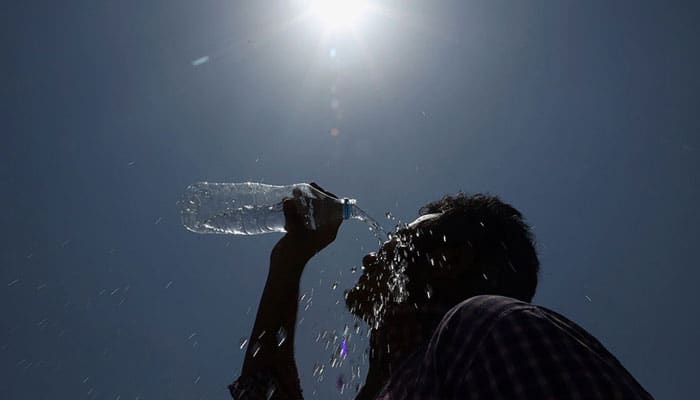 New Delhi: In order to minimise the impact of heat wave on the people particularly those living in the urban areas in the summer, the National Disaster Management Authority (NDMA) has asked all the states to prepare an action plan in this regard.

The NDMA had conducted a two-day national workshop on preparedness, mitigation and management of heat wave on Thursday in Vijaywada where all stakeholders resolved to work towards effectively mitigating the impact of the imminent heat wave this year.

The workshop was organised by the NDMA in collaboration with the Government of Andhra Pradesh.

Speaking in workshop NDMA member Kamal Kishore said that the focus of our efforts should be on reducing the number of deaths.

Kishore's speech also focussed on the way forward and emerging issues this year,

“However, there is a need to look at heat-related illnesses so that the vulnerability of the most marginalised sections can be brought down, "Kishor added.

The session discussed the monitoring, review and updation of ‘Heat Action Plan’ discussed the importance of coordination amongst all agencies and regular monitoring of the heat wave situation.

Heat waves often lead to dehydration, heat exhaustion, stress and even a fatal heat stroke. With advance planning and preparedness, heat wave-induced deaths and illnesses can be brought down.

In 2016, with NDMA's ‘Guidelines for Preparation of Action Plan – Prevention and Management of Heat-Wave’ and the pro-active approach of some of the most vulnerable States, the number of deaths in the country came down significantly.

Taking the success story forward, NDMA in 2017 organized a national workshop on heat wave at Hyderabad in Telangana.

Deliberations at the workshop along with timely updation of the Guidelines, regular follow-up, close monitoring and review, effective implementation by State Governments and awareness generation campaigns further brought down the number of heat wave-induced deaths in the country.

Three technical sessions - Heat Wave Action Plan and Risk Reduction, Early warning, forecasting and Preparedness for heat wave and Experience Sharing and lessons learnt for heat wave mitigation measures and emerging issues in 2018 -were held on the first day of the workshop.