Swaraj said that with an unwavering belief in multilateralism, India speaks not just for itself but also for the cause of justice, opportunity and prosperity around the world. 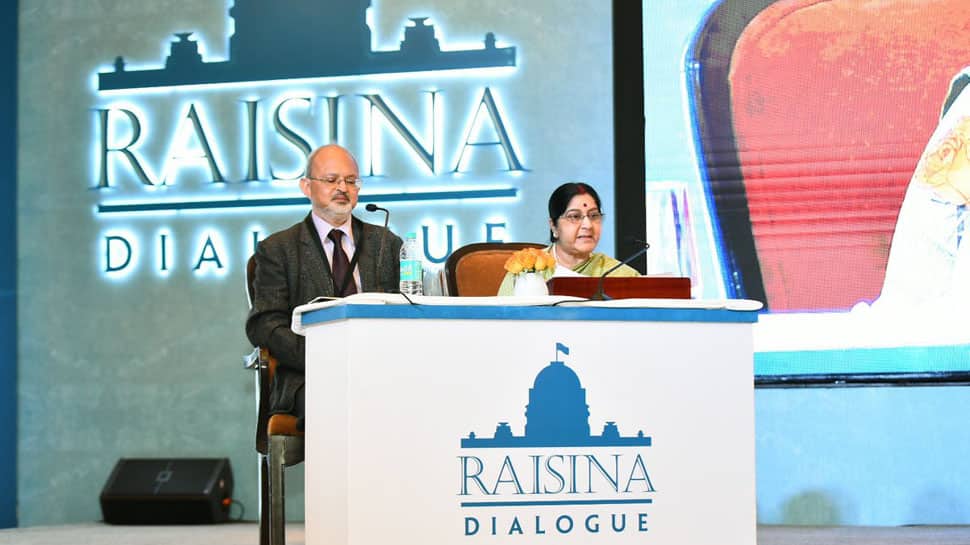 Union Minister of External Affairs Sushma Swaraj on Wednesday asserted that no country is immune to the "existential threat" of terrorism, saying the need of the hour is to ensure zero tolerance towards terrorism and those using it as an "instrument of convenience".

In her address at the Raisina Dialogue in the national capital, Swaraj said that with an unwavering belief in multilateralism, India speaks not just for itself but also for the cause of justice, opportunity and prosperity around the world. "For us, the transformation is not just a domestic agenda but a global vision," she said.

Talking about the "critical challenges" that confront the world, she said the first among them is terrorism. "There was a time when India would talk about terrorism and it would be treated as a law and order issue at many global platforms. Today, no country, big or small, is immune to the existential threat, particularly terrorism actively supported and sponsored by states," Swaraj said.

In this digital age, the challenge posed by terrorism is even greater with more vulnerability to radicalisation, she said.

As far back as 1996, India proposed a Comprehensive Convention on International Terrorism at the United Nations, but it remains a draft to this day because the countries cannot agree on a common definition of terrorism, she said.

"Ensuring zero tolerance towards terrorism and towards those using it as an instrument of convenience is the need of the hour," the external affairs minister said. She said the threat of proliferation of weapons of mass destruction and climate change were also major challenges facing the international community.