Nepal Prime Minister KP Sharma Oli has alleged that India wants to topple his government after he issued the new map that shows Indian territories of Kalapani, Lipulekh and Limpiyadhura as Nepalese territories. 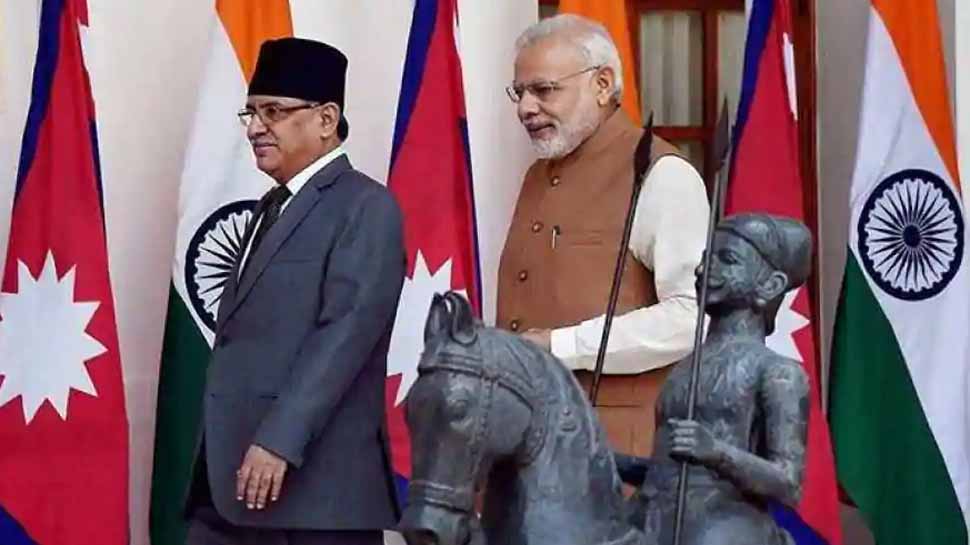 New Delhi: Nepal Prime Minister KP Sharma Oli has alleged that India wants to topple his government after he issued the new map that shows Indian territories of Kalapani, Lipulekh and Limpiyadhura as Nepalese territories.

Speaking at an event to commemorate the 69th birth anniversary of late Madan Bhandari at the Prime Minister's residence in Kathmandu. Oli said, "Listen to the media in Delhi.. Activities have been stepped up in hotels and at the Indian mission (in Kathmandu)... If anyone dreams of unseating the prime minister of this country for publishing the map and including the map in the constitution... Don't even think of it!"

"I did not commit any mistake by claiming our land, which has been snatched from us for the past 58 years after Nepal enjoyed the rights over these areas for 146 years," Oli said.

Calling attempts to overthrow him as "illusion", Oli highlighted how his government was toppled in the past for signing transit agreement with China.

His comments come even as pressure is growing from within his party and in the country over failures at several fronts including inaction on dealing with COVID-19 crisis, and rampant corruption in the country. In the recent weeks the country has witnessed protests over many of these issues. At the standing committee meeting of the ruling Nepal communist party, Oli faced criticism from Pushpa Kamal Dahal who is the co-chair of the party.

Oli's had earlier blamed India for the spike of COVID cases in his country as a large number of Indians visit Nepal.

The India-Nepal bilateral ties came under strain after the inauguration of the 80-km-long road connecting Lipulekh pass with Dharchula in Uttarakhand by Union defence Minister Rajnath Singh on May 8.

Nepal criticised the move claiming that it passed through Nepalese territory. India has rejected the claim asserting that the road lies within its territory.