After Shiv Sena chief Uddhav Thackeray was sworn in as the new Chief Minister of Maharashtra on Thursday, he chaired the first meeting of the new cabinet at Sahyadri Guest House in south Mumbai. 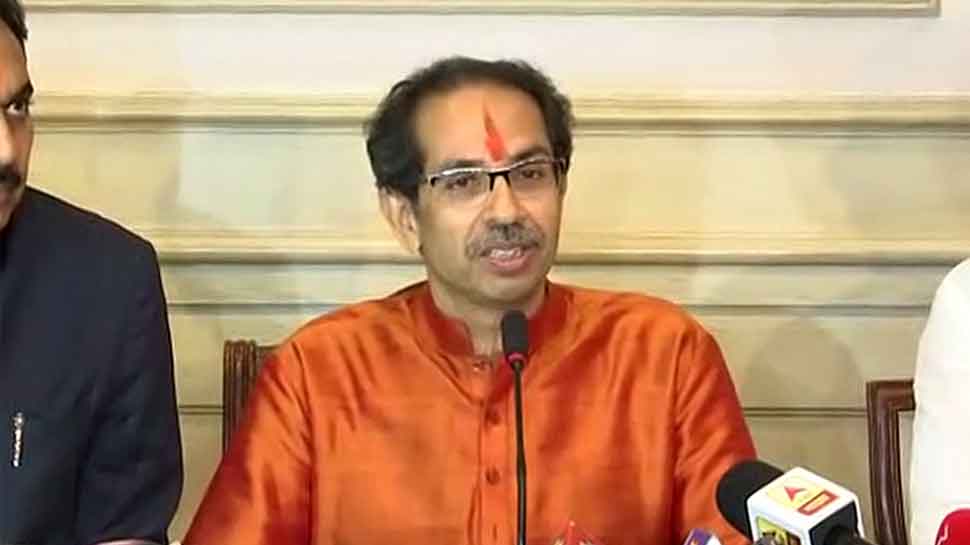 MUMBAI: After Shiv Sena chief Uddhav Thackeray was sworn in as the new Chief Minister of Maharashtra on Thursday, he chaired the first meeting of the new cabinet at Sahyadri Guest House in south Mumbai.

CM Thackeray said that his government will ensure concrete assistance to the state's farmers and will work towards creating an atmosphere in which no one feels terrorised, hours after he was administered oath by state Governor Bhagat Singh  Koshyari in a lavish ceremony at Mumbai's Shivaji Park.

Thackeray said that he has asked officials to give him complete information on state and central schemes for farmers within the next two days. “Once I get all the details, I will take a decision accordingly,” he said.

Maharashtra CM Uddhav Thackeray: I have asked officials to provide me with complete information on state and centre schemes for farmers, in the next two days. Once I get all details, I will take a decision accordingly. pic.twitter.com/JtjCMGt6Ic

Addressing a press conference after the cabinet meeting, Chief Minister Uddhav Thackeray said, "I am happy to tell you all that the first decision that this cabinet has taken is to approve Rs 20 crore for the development of Raigad which was the capital of Chhatrapati Shivaji Maharaj."

"The tri-party alliance will work for the common people of Maharashtra. The government would try to create an environment where there would not be fear," he added.

He further assured all possible help to farmers of the state.

"I want to help the farmers in a way that makes them happy. It would be easier for us to know the ground reality if we have a better picture. So far farmers have not got anything but only assurances. We want to provide concrete help to farmers," the Chief Minister said.

On being asked if the Shiv Sena has become "secular" after joining hands with Congress and NCP, he said, "Secular ka matlab kya hai? Samvidhan mein jo kuch hai woh hai (What is the meaning of secular? It is what is written in the Constitution)."

In a spectacular ceremony, Uddhav Thackeray and six others from Shiv Sena, Congress and NCP took oath at the historic Shivaji Park, where his father Bal Thackeray had addressed his first rally to announce the birth of the Shiv Sena in 1966.

Uddhav Thackeray took oath as the 18th Chief Minister of Maharashtra who is also the first person in his family to take charge of office as chief minister.

A plethora of political leaders and Uddhav Thackeray's family - wife Rashmi Thackeray and son Aaditya - were on a grand stage designed like a fort.

Former Chief Minister Devendra Fadnavis of the BJP, who had quit on Tuesday after not being able to prove the majority also attended the oath.