Newly inducted Rafale fighter aircraft were on display during the full-dress rehearsal on Tuesday ahead of the Indian Air Force (IAF) Day parade at Hindon IAF base. 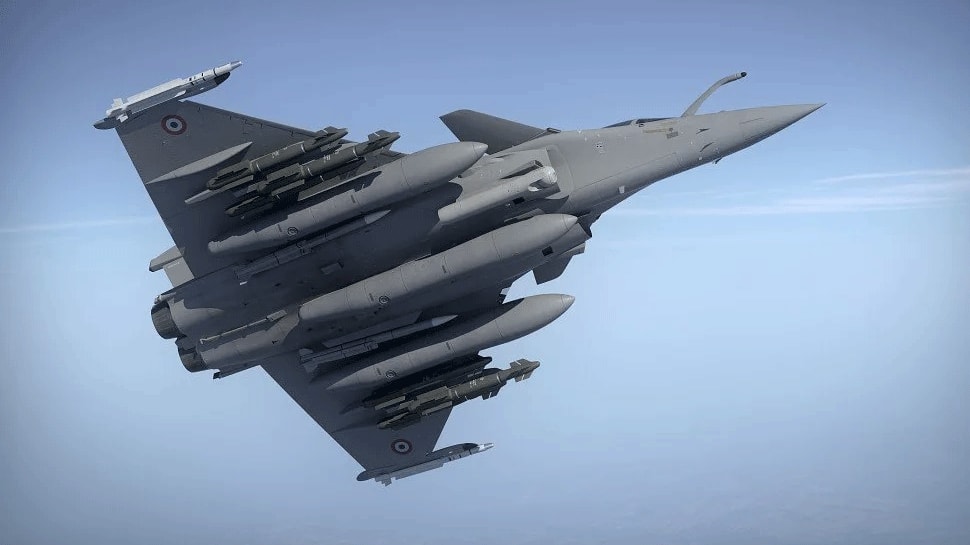 Ghaziabad: Newly inducted Rafale fighter aircraft were put on display during the full-dress rehearsal on Tuesday ahead of the Indian Air Force (IAF) Day Parade at the Hindon airforce base in Delhi.

The Indian Air Force Day is celebrated every year on October 8. The Paratroopers from the IAF's skydiving team ‘Akash Ganga’ underwent full dress rehearsal at Hindon Air Force base ahead of the IAF celebrations on October 8.

56 aircraft, including 19 fighters and seven transport aircraft along with 19 helicopters, would be taking part in aerial display during this year's Air Force Day Parade, according to a press release by the IAF.

Meanwhile, IAF Chief RKS Bhadauria has said that the Indian Air Force is ready for any possible conflict including a two-front war. He also underlined the importance of Rafale fighters and said that the inclusion of the jets has given the IAF an operational edge over the adversaries.

The Rafale fighters were inducted into the No-17 (Golden Arrows) squadron of the IAF at Ambala. The formal induction of the jets, which arrived at IAF station Ambala in July, took place in September.

The contract to procure 36 Rafale fighter jets was signed between India and France in 2016, during PM Narendra Modi's Paris visit. While 10 aircraft have already arrived in India, the remaining aircraft are slated to arrive in a phased manner over the next year. The delivery of all the aircraft is likely to be complete by 2021.