Awantipora attacker was in touch with JeM handlers for over 3 months, suspects NIA

Pakistan-based JeM has claimed responsibility for the terror attack in Pulwama district on Thursday that left at least 40 CRPF soldiers dead and several others critically wounded. 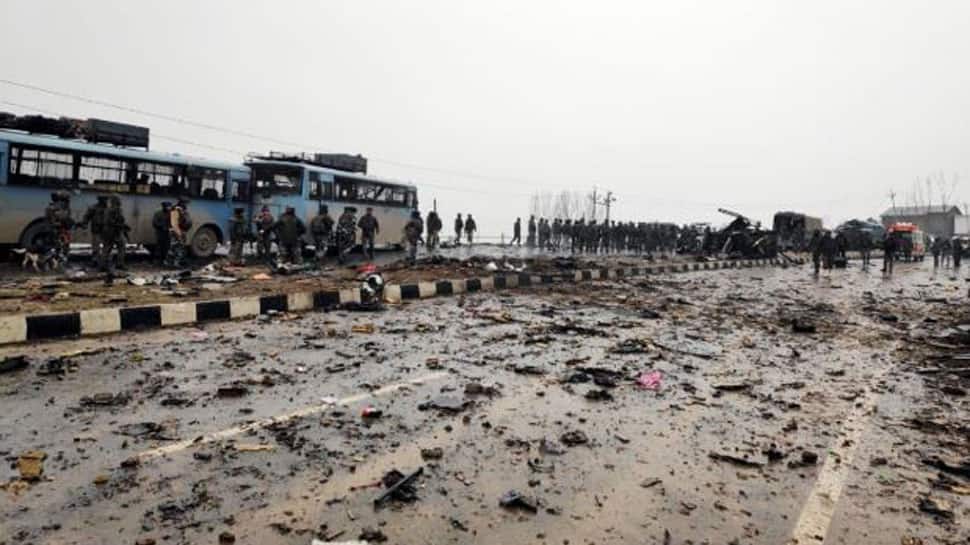 NEW DELHI: A day after central investigative agencies collected samples from the Awantipora suicide attack site in Jammu and Kashmir, the NIA has gathered credible info which suggests that the suicide bomber - Adil Ahmad Dar - was in constant touch with Jaish-e-Mohammed (JeM) handlers over the last three months while he was missing.

It may be recalled that Pakistan-based JeM has claimed responsibility for the terror attack in Pulwama district on Thursday that left at least 40 CRPF soldiers dead and several others critically wounded.

Investigating agencies have concluded that Adil was missing for the past three months. They suspect that during this time, he also visited one of the JeM's training camps.

After inspecting the site and collecting crucial samples, the forensic experts of NIA think that prima facie it does not reflect that an IED was used for the attack.

They believe that a high-grade RDX could have been used. However, the nature of the explosive will be confirmed once they get the forensic report.

The agencies also suspect that the explosives were possible smuggled from across the border in small quantities, stored and used altogether for carrying out such a huge attack.

It also suspects that two other youths from south Kashmir, along with Adil, were possibly in contact with their Jaish commanders and could have been brainwashed similarly.

The agencies may form a dedicated team to locate these suspects.

The Jammu and Kashmir Police have raided and conducted searches at several locations including Pulwama, Shopian and Anantnag till now.

A team is continuously questioning the seven suspects who were detained on Friday.

The agencies are likely to continue searches and raids on various other locations on Saturday as well.