In July of last year, the Supreme Court had upheld the death sentences given to three convicts in the Nirbahaya gang-rape and murder case. 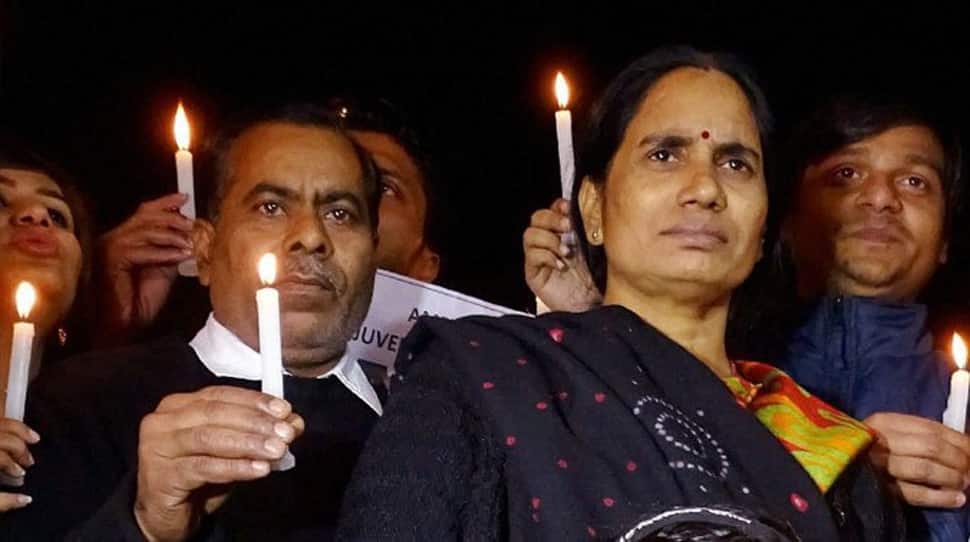 New Delhi: Nirbahaya's parents on Thursday approached the Patiala House Court to expedite the procedure to hang all the convicts in the 2012 Delhi gang-rape case.

News agency ANI reported that Nirbhaya's parents approached the court and appealed that the convicts should be hanged as soon as is possible and that there should not be any delay.

In July of last year, the Supreme Court had upheld the death penalty awarded to three convicts in the gang-rape and murder case that had shook India's conscious. While the death penalty for the convicts was widely appreciated as a big step in the right direction to punish the guilty, Asha Devi - Nirbhaya's mother, has maintained that the execution is what would truly bring their fight for justice to a logical end. "Despite crime rates in the country being so high, little girls still preyed upon by these criminals. Our authorities are slacking. The execution needs to take place as soon as possible and with no further delay," she had said previously.

Nirbhaya's father Badrinath Singh has also maintained that the hanging deserves no more extension of time. ""We knew that review petition will be dismissed. But what next? So much time has gone by and threat to women have gone up in this time span. I believe that the sooner they're hanged, the better it is," he had said after the Supreme Court had upheld the death sentences. (Read full report here)

Nirbhaya was gang-raped on the intervening night of December 16-17, 2012 inside a running bus in South Delhi by six persons and severely assaulted before being thrown out on the road. She succumbed to injuries on December 29, 2012 at Mount Elizabeth Hospital in Singapore.