When Congress had the chance, they preferred AgustaWestland, not HAL, to build helicopters, says Nirmala Sitharaman. 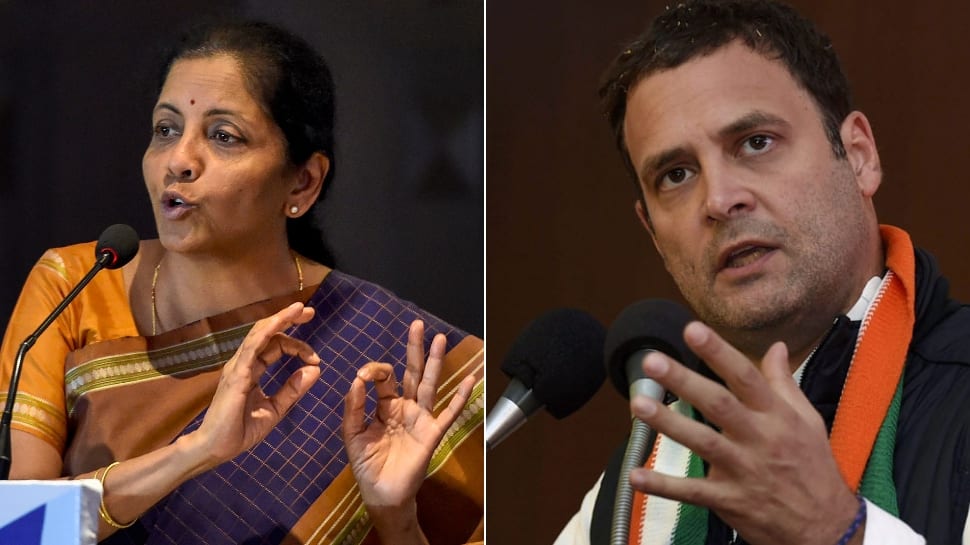 Union Defence Minister Nirmala Sitharaman on Friday took Congress-led opposition parties head on as the debate over Rafale fighter jets deal continued in Lok Sabha. Addressing the House, the Defence Minister accused the Congress party of shedding crocodile’s tears for Hindustan Aeronautics Limited. She cited that if Congress wanted to help the HAL, the UPA government should have given the VVIP chopper contract to them instead of AgustaWestland.

“When Congress had the chance, they preferred AgustaWestland, not HAL, to build helicopters. This was because HAL would have given them helicopters and nothing else,” said the Defence Minister.

“The environment around India is very volatile. India would want peace in our neighbourhood but it cannot be at the cost of operational readiness of our armed forces. Timely getting of equipment should be a priority for any government,” she further said.

She also accused Congress chief Rahul Gandhi of misleading the nation on the issue of Rafale, and went on to cite the National Advisory Council, which functioned under UPA chairperson Sonia Gandhi when the Congress was in power.

As the Defence Minister concluded her speech, Congress chief Rahul Gandhi said on the floor of the House that though Nirmala Sitharaman spoked for two hours, she could not answer as to who recommended the name of Anil Ambani as offset partner to Dassault Aviation.

The Congress chief said, “French President Macron said that 'Price is not a part of the secret pact, and you are welcome to say this publicly.' There was another statement by ex-president Hollande, and he stated that Mr Anil Ambani's name was provided to me by the Prime Minister of India and the government of India...Defence Minister talked for two hours, but you never said who gave the contract to Anil Ambani.”

Following this, Nirmala Sitharaman told the House that the selection of the offset partner was done in accordance with the procurement policy formulated under Congress-led UPA government. She also lashed out at Rahul Gandhi, saying, “We don’t hail from a family. I come from a humble background, the Prime Minister comes from a humble background, but we have our integrity intact. There is no corruption taint on us.”