Speaking at FICCI women leaders meet in Chennai, Sitharaman accused Pakistan stating that it has become clear that the country isn't acting on terrorists. 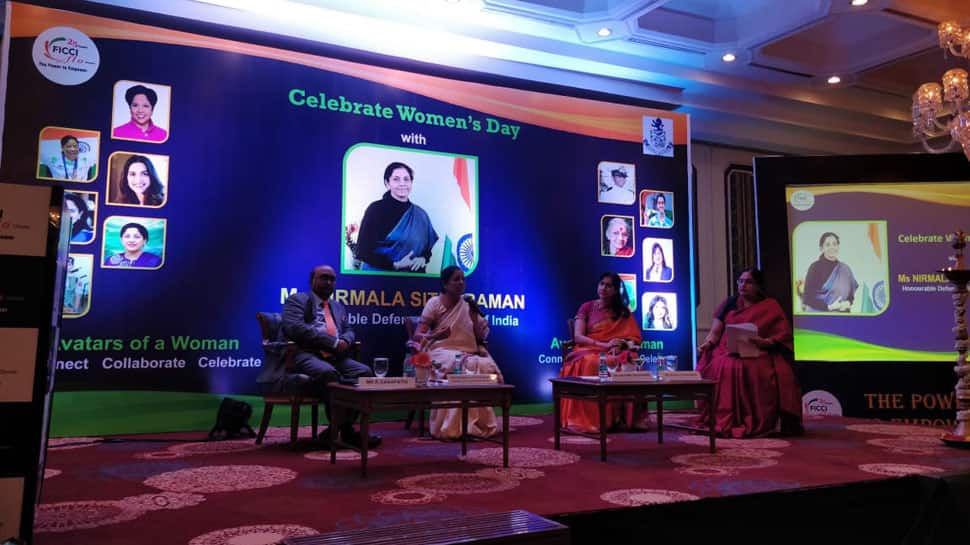 Union Defence Minister Nirmala Sitharaman on Sunday slammed Pakistan accusing the country of training, funding, and sending across terrorists to India, adding that the terrorists have the support of the Pakistani military establishment.

Tensions between the two countries heightened after the Pulwama suicide terror attack by a Jaish-e-Mohammad (JeM) terrorist on February 14 in which 40 CRPF personnel were killed. Following that, in a preemptive and non-military airstrike on February 26, India destroyed the biggest training camp of the JeM in Pakistan in a pre-dawn operation.

Speaking at FICCI women leaders meet in Chennai, Sitharaman accused Pakistan stating that it has become clear that the country isn't acting on terrorists. "One thing is very clear Pakistan wasn't acting on terrorists. It continues to be the country where terrorists are trained, funded, supported by military establishment and sent across. Its theory of using non-state actors to keep terrorism going on continues without disturbance."

She clarified that the air strike was not a military action but a targeted attack on terrorists, which Pakistan should have done but didn't. The union minister added that India took the decision to hit that nerve centre which was "training, funding and giving capacity to what they call Fidayeen".

Sitharaman added that India had enough intelligence information to pinpoint the source of terrorism and so the nation acted on terror so that it no longer goes unattended.

"It was not military action, it was a targeted attack on terrorists which actually Pakistan should have done, they didn't. We took the decision to hit that nerve centre which was training, funding and giving capacity to what they call Fidayeen. Since we had enough intel information to say that that's where it is coming out of, we acted on terror so that no longer goes unattended," said Sitharaman.

Earlier on Saturday, Union Home Minister Rajnath Singh asserted that India has carried out three cross-border strikes since 2014, adding that he won't reveal about the third strike.

Speaking at a meet in Karnataka's Mangaluru, Singh spoke about the 2016 surgical strike that took place after the Uri terror attack and the air strike after the Pulwama suicide terror attack, in which 40 CRPF personnel were killed, but did not reveal about the third strike.

"I want to tell you, brothers and sisters, that in the last five years, we have gone beyond our borders thrice and our men have successfully conducted airstrikes. About two I will tell you, but won't tell you about the third one," Singh told BJP's Shakti Kendra office bearers convention, as reported by news agency PTI.