Discussions around the situation along India's border with China as well as geo-strategic issues relating to India's neighbourhood are also likely to figure in the two-day meet. 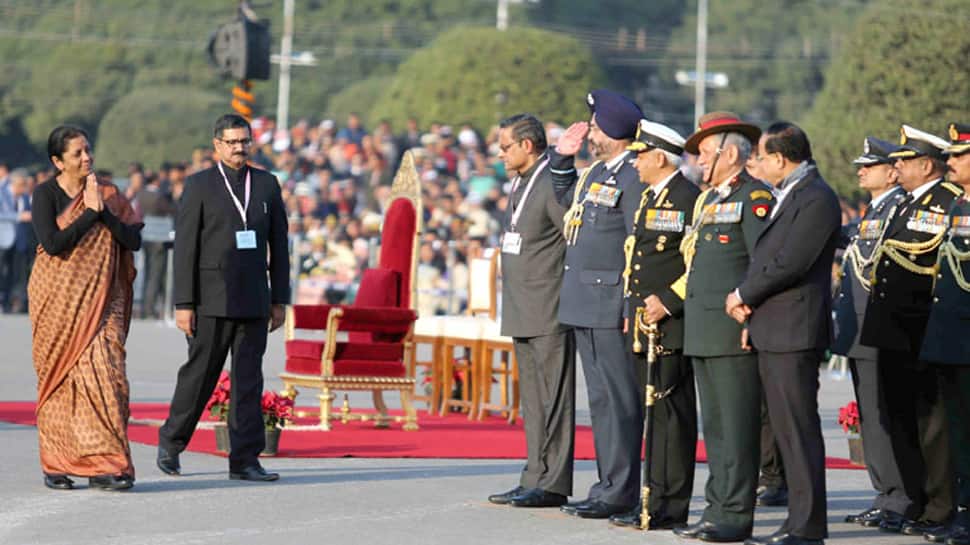 NEW DELHI: Defence Minister Nirmala Sitharaman will meet the three service chiefs on Monday to discuss the overall security challenges faced by the country in the wake of the Pulwama terror attack. The Defence Minister along with the service chiefs will also be holding interactions with India's defence attaches in 42 countries in a two-day conclave.

"A range of issues, including situation along the border with Pakistan, will be discussed at the meeting. The government will also take feedback of the defence attaches on key security challenges," a military official was quoted by news agency PTI.

India's defence attache to Pakistan and Afghanistan are also expected to attend the conclave. Discussions around the situation along India's border with China as well as geo-strategic issues relating to India's neighbourhood are also likely to figure in the two-day meet.

Tensions have been heightened between India and Pakistan following the dastardly terror attack carried out by Pakistan-based terror group Jaish-e-Mohammed.

Responding to a question that why can't India act against Pakistan in the manner in which the US acted when it went after Osama bin Laden, the Defence Minister on Sunday said, "all that is well absorbed, well received and well registered."

Quoting Prime Minister Narendra Modi, she said he had stated that the sacrifice of the jawans would not go waste and those who are responsible, directly or indirectly for it, would have to pay a heavy price. The PM had also said that the armed forces have been given free hand to respond to the strike.

However, Pakistan has denied its role in the attack and has sought proof from India. Pakistani Army also said that it will adequately respond to any action by New Delhi. While Pakistan Army DG ISPR Major General Asif Ghafoor denied media reports which claimed that the country is preparing for a war with India, he cautioned that they reserved the 'right to respond to war threats from Indian side'.