Soon after receiving the information, police officials rushed to the spot and broke into the house. 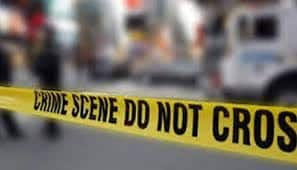 In a shocking incident, a professor of the National Institute of Technology (NIT) and his wife were found dead inside their quarters in Rourkela in Odisha on Saturday morning. The deceased, Professor R Jayabalan, and his wife Malini Kesavan hailed from Tamil Nadu.

38-year-old Jayabalan worked as an assistant professor in the Life Sciences Department of NIT.

Zee News learnt that their quarter had remained locked for two days. When the neighbours did not see any movement around the quarters, they suspected that there was something wrong and hence, informed the authorities.

Soon after receiving the information, police officials rushed to the spot and broke into the house. They found bodies of the couple, without any cloth on their body. A four-page suicide note was also recovered by the police from the spot.

The police suspect that the professor and his wife consumed poison and committed suicide.

According to Rourkela Superintendent of Police Sarthak Sarangi, “prima facie it looks like a suicide case. There is no clear-cut indication of the reason behind this step. However, they were childless and have asked for forgiveness from their parents”.

An investigation has been launched into the incident.