Haryana Deputy Chief Minister Dushyant Chautala said that these national and state highways and bypasses will change the picture of the infrastructure in the state. 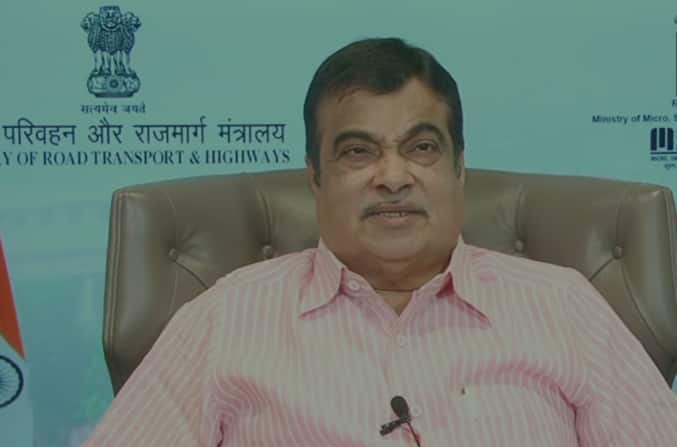 New Delhi/Chandigarh: Union Minister Nitin Gadkari will inaugurate and lay foundation stones for economic corridor projects worth Rs 20,000 crore in Haryana, the government said on Monday. The web-based function will be presided over by Haryana Chief Minister Manohar Lal Khattar.

"Union Minister for Road Transport, Highways and MSMEs Shri Nitin Gadkari will inaugurate and lay the foundation stones of various Highway projects as part of a new economic corridor worth over Rs 20 thousand crore in Haryana on the coming 14th," Ministry of Road Transport and Highways said in a statement.

Haryana Deputy Chief Minister Dushyant Chautala said that these national and state highways and bypasses will change the picture of the infrastructure in the state. He said that with the strengthening of the road network in the state, the development of industries will get a new direction and entrepreneurs will come forward for more investment in the state.

Chautala in a statement said that the state government had requested the Centre earlier to expeditiously complete road-related projects in the state.

He said that the Ismailabad-Narnaul Greenfield Highway will connect five Lok Sabha constituencies of Kurukshetra, Karnal, Sonipat, Rohtak, and Bhiwani-Mahendragarh in the state, which will increase the connectivity as well as speed up industrial development in the State.

The road development project is a part of the Delhi-Mumbai and Kolkata-Amritsar industrial corridor and with the start of this; more entrepreneurs will be attracted to Haryana for investment purposes.

"These projects will benefit people of Haryana in a big way by providing smooth connectivity within the state, as well as to other states like Punjab, Rajasthan, Delhi, and Uttar Pradesh," the statement said. The projects will also save on time, fuel, and cost, as also boost development in backward areas of the state, it added.