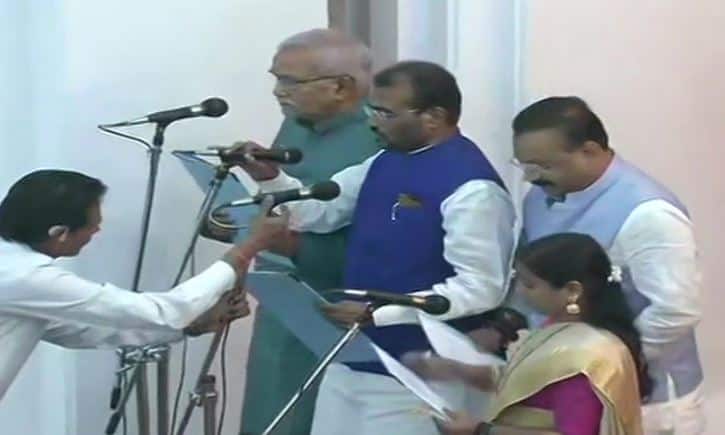 Rajak had left RJD to join JD(U) few years ago and was also a member of Nitish umar’s ministry in the past and Ashok Chaudhary, who was once the chief of Bihar Congress, was also a minister in JDU-RJD-Congress coalition government.

Talking to media after the swearing-in ceremony, CM itish Kumar said that vacancies from JD(U) quota in the cabinet was empty so JD(U) leaders were administered the oath to office and secrecy. He stressed that there is no issue with BJP. The JD(U) and BJP are running the government in Bihar as alliance partners.

Bihar CM Nitish Kumar on cabinet expansion: Vacancies from JDU quota in the cabinet were empty so JDU leaders were inducted, there is no issue with BJP, everything is fine pic.twitter.com/376FlJVdFF

It may be recalled that on Thursday, Nitish Kumar decided against joining the Narendra Modi-led central government, saying it would not accept the BJP’s offer of only one ministerial berth. “They (BJP) wanted only one person from JD(U) in the cabinet, so it would have been just symbolic participation. We informed them that we do not need it (Cabinet berth),” the Bihar CM had said. Nitish, however, attended Modi’s swearing-in ceremony at Rashtrapati Bhavan and also told media that he was not thinking much over ministerial berth, stressing that his party was fully in the NDA.

Commenting on Nitish's decision to not accept one ministerial berth offer from BJP, Rashtriya Janata Dal (RJD) leader Subodh Roy said on Sunday that there is no permanent friend and enemy in politics and anything is possible. He added that initially, Nitish was with the BJP then he parted ways with the saffron party to form an alliance with the RJD and now he is again in an alliance with the BJP.

Roy added that anything is possible in the coming days. Roy tried to send a message that it is quite possible that Nitish would soon part ways with the BJP and once again try to forge an alliance with the RJD in the state. It may be recalled that RJD and JD(U) contested as an alliance in 2015 Assembly election and had succeeded in defeating BJP convincingly.