Shiv Sena leader Sanjay Raut warned the former Congress president to not insult Hindutva ideologue VD Savarkar, saying 'there will be no compromise over this'. 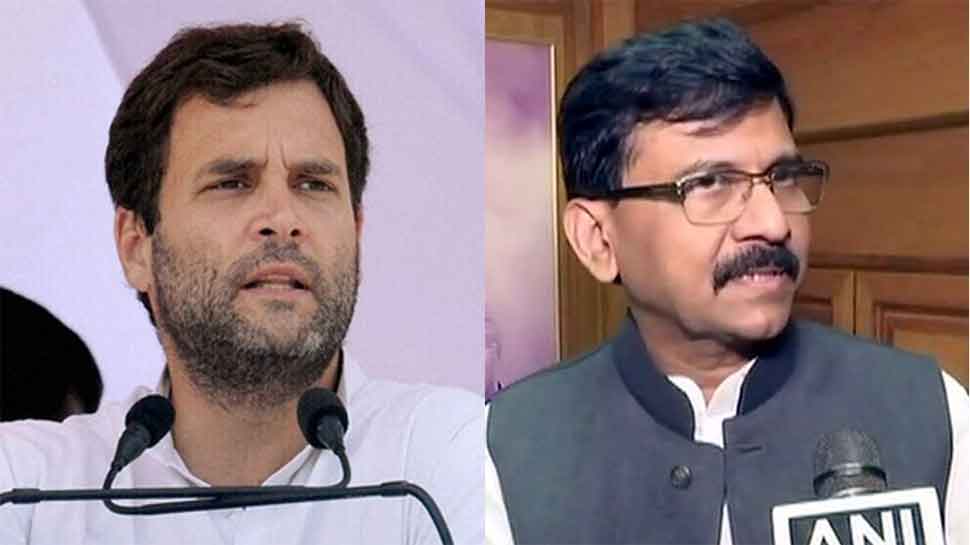 Reportedly, along with Uddhav, several other Shiv Sena leaders are also upset with the former Congress president about his statement on Savarkar, while he was attacking Prime Minister Narendra Modi over rising incident of sexual crime against women in the country.

Following an uproar over his Savarkar remarks, Shiv Sena called out the Gandhi scion and asked him and the party to not insult the Indian independence activist and Hindu ideologue, whom it described as 'God like figure'. "The Congress should not insult Veer Savarkar," said the Sena in a stern message, "since their party respected Mahatma Gandhi and Pt. Jawaharlal Nehru."

Sena leader Sanjay Raut took to Twitter where he wrote in Marathi, "We respect Pandit Nehru and Mahatma Gandhi. You should not insult Veer Savarkar. No further explanation is needed for anyone sensible." "Veer Savarkar is God not just for Maharashtra but for the nation. His name is tinged with national pride and self-respect. Like Nehru and Gandhi, he dedicated his life to achieving independence. All such gods should be respected, there is no compromise on this," read another tweet.

On Saturday, Rahul was addressing a mega rally in the national capital when he launched a scathing attack on the Modi-led government at Centre over rising incident of rapes in the country. Rahul also dismissed BJP leaders' demand to issue an apology over his 'Rape In India' remarks, saying, ""My name is not Rahul Savarkar, I am Rahul Gandhi. I will never apologise for speaking truth and nor will any Congressman do so. It is Narendra Modi and his assistant Amit Shah who has to apologise to the country for destroying India's economy."

Meanwhile, Shiv Sena recently broke its over three-decade-old alliance with BJP and teamed up with Congress and NCP to form the government in Maharashtra. With support from NCP and Congress, Sena president Uddhav Thackeray became the Chief Minister.

Earlier this week, the two parties differed on the Citizenship Amendment Bill when Shiv Sena voted in its favour in Lok Sabha. However, days later, the party abstained from the voting in Rajya Sabha. The Citizenship (Amendment) Bill, 2019 that seeks to provide Indian nationality to Hindus, Christians, Sikhs, Parsis, Jains and Buddhists fleeing persecution in Pakistan, Afghanistan and Bangladesh, has faced cold vibes from Opposition with Congress terming it 'unconstitutional'.

We will talk about it: Amit Shah hints at tweaking Citizenship Act if needed as northeast protest rages