No force on earth can stop India from taking action against terrorists: Home Minister Rajnath Singh

Reiterating Narendra Modi-led government's commitment to wipe out terrorism, Home Minister Rajnath Singh on Sunday said that no force on earth can stop the Indian forces from taking action against terrorists and their safe havens. 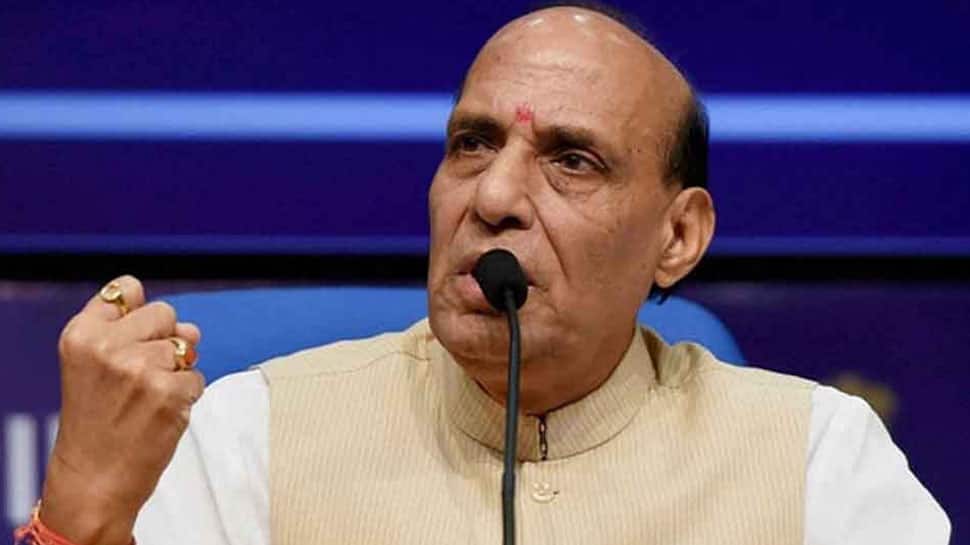 Reiterating Narendra Modi-led government's commitment to wipe out terrorism, Home Minister Rajnath Singh on Sunday said that no force on earth can stop the Indian forces from taking action against terrorists and their safe havens.

In a direct attack on Rahul and the Congress, Singh said that the Congress president these days keeps talking about Rafale jets but he conveniently forgets the fact that his party had not bought even one next-generation fighter plane in 30 years. Prime Minister Modi succeeded in getting next-generation fighter jets for Indian Air Force and now Rahul is levelling corruption allegations against him.

Referring to the confidential Rafale files, which were allegedly 'stolen' from the Defence Ministry, the Home Minister tried to downplay the whole matter saying that some people managed to take the photostate copies of some files and now Congress is claiming that the files were ' stolen' from the Ministry.

Earlier in the day, Modi said that India will not spare the terrorist forces targeting India, stressing that the country cannot keep suffering forever at the hands of terrorists.

Addressing the 50th raising day of the Central Industrial Security Force as the Chief Guest, the Prime Minister said: "Enough is enough. We cannot keep suffering till eternity."

Modi lauded the CISF and said that the role of the CISF and other security forces becomes important because India has a very hostile neighbour, PTI reported.

"When the neighbour is very hostile but does not have the capability to fight a war and various conspiracies hatched within the country is getting encouragement from across the border and when the ghastly pictures of terror come to light, under such difficult situations, (ensuring) security of the country and its institutions becomes very challenging," the PM was quoted as saying by PTI. Modi also blamed the country's VIP culture for creating hurdle in India's security systems.

Sabarimala temple to open on Monday for 10-day festival