No greater enemy of human rights than terrorism and Naxalism: Amit Shah

Shah, who is also the BJP chief, made these remarks while addressing the 26th foundation day celebrations of the National Human Rights Commission (NHRC) in New Delhi. 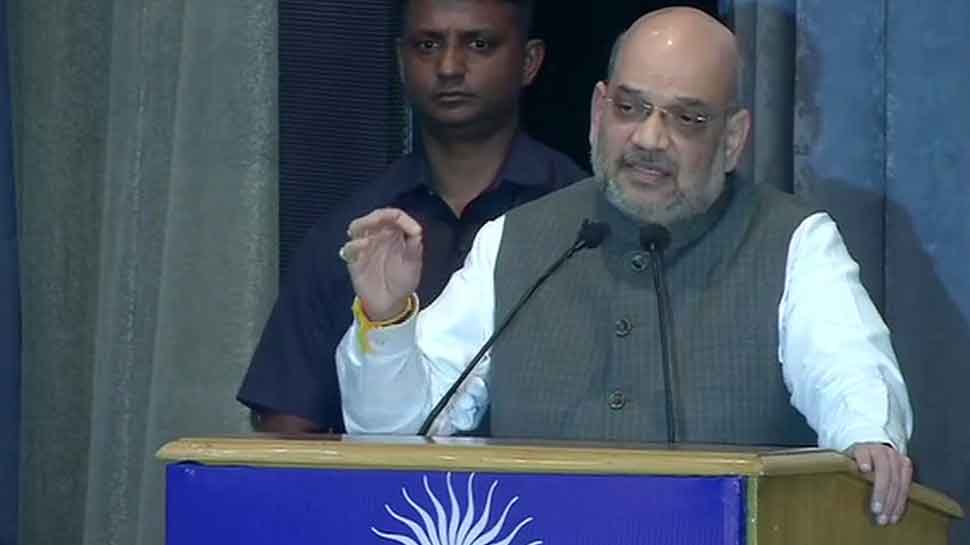 NEW DELHI: Union Home Minister Amit Shah on Saturday said that the Narendra Modi-led NDA government is committed to protecting every individual's human rights and has a policy of zero-tolerance towards custodial deaths, extra-judicial deaths and police atrocities.

Shah, who is also the BJP chief, made these remarks while addressing the 26th foundation day celebrations of the National Human Rights Commission (NHRC) in New Delhi.

During his speech, the Home Minister lauded the efforts taken by the Modi government in ensuring that there is no violation of an individual's human rights.

The Home Minister said that the Modi government has fought for human rights in a different way and achieved success. He added that the government is moving forward with the spirit of 'Sabka Saath and Sabka Vikas.'

Appreciating the welfare works being done by the government, he said, "The Narendra Modi dispensation is ensuring electricity to households, providing free medical services, gas connections.''

He added that providing toilets is also the human rights of people and the Modi government has worked extensively in this direction.

Shifting his focus to the situation in Jammu and Kashmir, the Home Minister said, ''Forty thousand civilians have been killed since Independence in Kashmir by terrorists. Is that not an attack against human rights? I would like to ask, do the families of people, who died due to terrorism in Kashmir have no human rights?"

"I believe that people being affected by terrorism and Naxal attacks is a human rights issue and should be looked at. We have zero-tolerance against extra-judicial deaths, police atrocities but we should also concentrate equally on terrorism because that's the biggest attack against the human rights," he said.

Union Home Minister Amit Shah at 26th National Human Rights Commission (NHRC) foundation day celebration in New Delhi: There has not been a bigger violation of human rights than against those who are victims of terrorism & naxalism. pic.twitter.com/onRJLooHtV

There is no greater enemy of human rights than terrorism and Naxalism, Shah added.

Giving a piece of advice to the national human rights watchdog, Shah said, "The NHRC should give a platform to the people working for human rights, they need to innovate. The biggest challenge is poverty and violence. Our social structure has an inbuilt system for protecting the human rights of poor, weaker sections, the women and the children."