“Nothing is going to change,” said a defeated Asha Devi, mother of 2012 gangrape victim on Saturday. 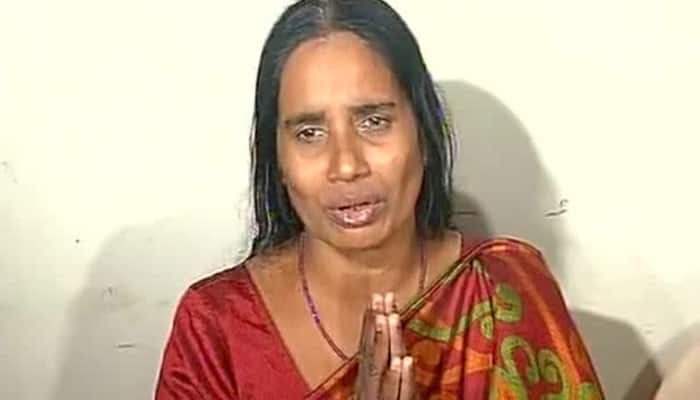 NEW DELHI: “Nothing is going to change,” said a defeated Asha Devi, mother of 2012 gangrape victim on Saturday.

Her comments came after reports of the four convicts filing a curative petition to challenge their capital punishment emerged.

“Thousands of laws have been made and will be made but court functions at its own pace,' she said.

“Want to ask government and court, a girl didn't get justice in seven years, who'll answer for all the women and girls who have been raped,” she questioned.

Earlier in the day the convicts' counsel and Tihar jail authorities informed the Delhi's Patiala House Court that the four convicts are planning to file a curative petition to challenge their capital punishment.

The authorities will file a status report in the case on the next date of scheduled hearing, April 6.

Twenty-three-year-old paramedic, Nirbhaya, was gang-raped by five men and a juvenile in a moving bus in Delhi on December 16, 2012. She passed away 13 days later. The incident sparked a massive outrage across the nation.

On July 9, a three-judge bench of the Supreme Court, headed by Chief Justice of India Dipak Misra and comprising Justice Ashok Bhushan and Justice R. Bhanumathi, upheld the death sentence awarded to four of the accused in May 2017 after three of them, Mukesh Singh, Vinay Sharma, and Pawan Gupta filed a petition in the court to review the judgment.

Akshay Singh, the fourth convict, did not file a review petition against his death sentence.

The leader and the fifth member of the gang, Ram Singh, allegedly committed suicide in jail nearly three months after the crime, while the juvenile was convicted by the Juvenile Justice Board and was let off in December 2015 after serving three years in a reformation home.