In a written reply Prasad said that the data of Aadhaar is completely secure and it will be audited time and again. He added that under Section 69A of the Information Technology Act, 2000, the government has the right to block accounts in the country in matters of public interest. 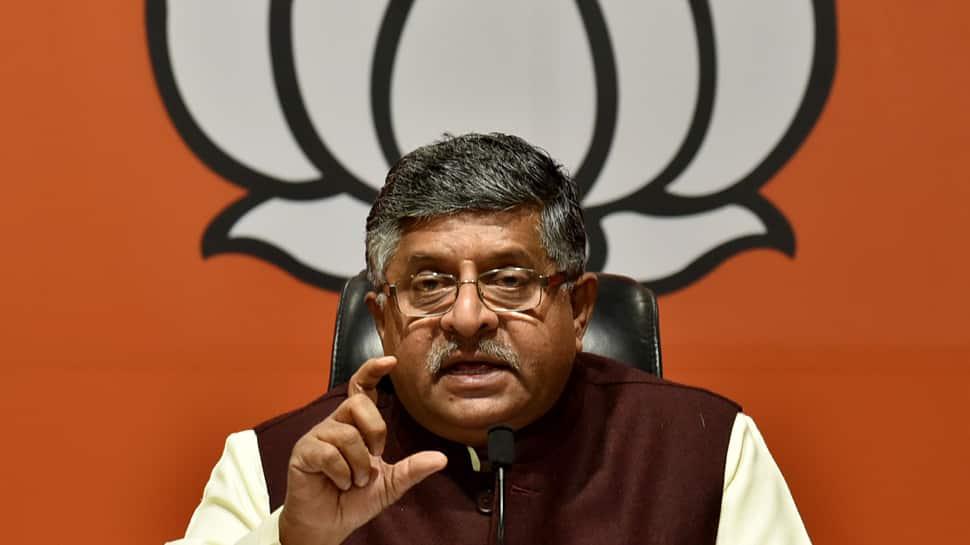 Union Minister Ravi Shankar Prasad on Wednesday clarified that the government has no plans to link Aadhaar with social media account. In a written reply Prasad said that the data of Aadhaar is completely secure and it is audited frequently. He added that under Section 69A of the Information Technology Act, 2000, the government has the right to block accounts in the country in matters of public interest.

AIMIM leader Asauddin Owaisi also asked the Union Minister on the cyberattack by an Israeli spyware Pegasus targetting Indian journalists and human rights activists using WhatsApp. Prasad replied that the government has taken cognizance of the fact that spyware tried to attack the phones of 121 people of India, adding that it is committed to the Right to Privacy of its citizens.

Cert-In had issued an alert on vulnerability in WhatsApp following which the messaging service had replied that such loopholes can't be used to launch an attack, he said.

Prasad replied that the government has asked WhatsApp to explain about the Israeli spyware Pegasus attack on its users using its platform. WhatsApp then updated Cert-In that the full impact of this attack could not be known. It also reported that there was a possibility that it tried to reach 121 people. "We asked WhatsApp to provide a detailed report. We are bringing a bill for the private data security of citizens," Prasad added.

Earlier too, Prasad had said that the government is committed to protecting the privacy of all Indian citizens over the WhatsApp spyware issue. During Zee News' India Ka DNA Conclave, Prasad had said, "There are 121 crore mobile phones in India if there is anything wrong we will take action."

It may be recalled that WhatsApp has filed a legal suit in a US Federal Court against an Israeli firm - NSO Group – alleging that it was behind cyber-attacks that infected devices with malicious software. In its complaint against the Israeli firm, WhatsApp claimed that the firm installed spyware on users' phones and targeted human rights defenders, journalists, political dissidents, diplomats and government officials. WhatsApp claimed that Indian journalists and human rights activists were among those globally spied upon by unnamed entities using an Israeli spyware Pegasus.

WhatsApp accused the NSO Group of sending malware to roughly 1,400 mobile phones for ''surveillance.'' The Israeli firm, which makes software for surveillance, has rejected these allegations. In its complaint, WhatsApp claimed that the NSO Group "developed their malware in order to access messages and other communications after they were decrypted on target devices".

WhatsApp also alleged that the NSO Group created various WhatsApp accounts and caused the malicious code to be transmitted over the WhatsApp servers in April and May. "We believe this attack targeted at least 100 members of civil society, which is an unmistakable pattern of abuse," WhatsApp had said in a statement. The affected users are from several countries, including Bahrain, the United Arab Emirates and Mexico, according to the lawsuit.

WhatsApp said that it is seeking a permanent injunction banning NSO from using its service. The firm, which was acquired by Facebook in 2014, said it was the first time an encrypted messaging provider had taken legal action of this kind. It may be recalled that the facebook-owned messaging services promotes itself as a "secure" communications app because messages are end-to-end encrypted. This means they should only be displayed in a legible form on the sender or recipient's device.