ABVP's Saurabh Sharma has denied putting up the posters and has said that it is a propaganda by the Left. 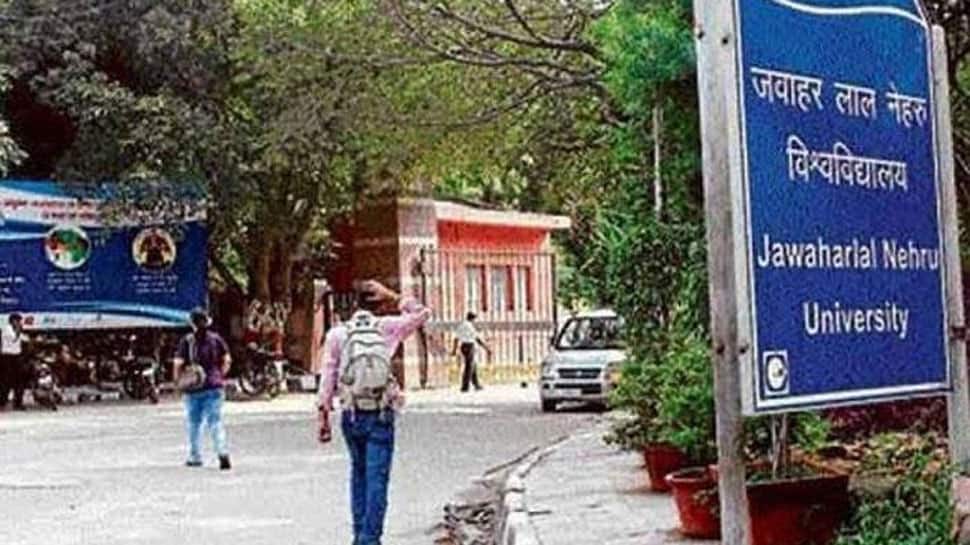 New Delhi: Posters promising to ban short dresses for women in JNU, protect the university from "anti-national comrades" and close eateries serving non-vegetarian food have come up on its campus, purportedly posted by the RSS-affiliate ABVP, which has denied issuing them categorically.

ABVP's Saurabh Sharma, however, said, "Left parties are scared of us and hence, this is propaganda against us. We have not issued any such poster."

The posters, which have also gone viral on social media, come on a day when the polls for crucial posts of JNU students' union are underway on the politically active campus.

"Reduction of opening hours of central library for girls at night, no extra short dresses and only Indian clothes, no entry of girls in boys' hostel and no birthday celebrations. We will ensure all of this to avoid cases of sexual harassment and molestation," the poster read.

Other poll promises cited in the poster include "preserving JNU from terrorists and anti-national comrades", restriction on serving of non-vegetarian food on JNU campus and restriction on timings of Ganga dhabha (an eatery on the campus) which the manifesto described as "adda of leftists and molesters".

The Akhil Bhartiya Vidyarthi Parsihad (ABVP) is contesting on the four posts and pitted against the united Left front - an alliance of all the Left parties (AISA, AISF, DSF and SFI) on campus.

The counting of votes will begin tonight and the results are likely to be announced on Sunday morning.